Avocado everything â€” toast, proposals and hand injuries â€” has become a defining characteristic of our food culture. Oil, although less of a draw than the fruit itself, has been experiencing its own increase in popularity. Originally a means of squeezing profit out of damaged or otherwise imperfect specimens, avocado oil has expanded from a cosmetics ingredient to a culinary one.

According to the study, 82 per cent of commercially available avocado oils had either gone off prior to their best-before dates or had been adulterated with cheaper fats. In their analysis of 22 extra virgin, refined and virgin samples (domestic and imported), 15 were rancid and six had been diluted with other types of oil (including safflower, soybean and sunflower oil). Three of the samples, although labelled avocado, contained a different oil altogether (100 per cent soybean oil). Just two were â€œpure and nonoxidized,â€ the researchers said â€” both of which were refined products made in Mexico, Chosen Foods and Marianneâ€™s Avocado Oil.

â€œI was surprised some of the samples didnâ€™t contain any avocado oil,â€ said Selina Wang, food science professor and lead author of the study, which was recently published in the journal Food Control. â€œMost people who buy avocado oil are interested in the health benefits, as well as the mild, fresh flavour, and are willing to pay more for the product. But because there are no standards to determine if an avocado oil is of the quality and purity advertised, no one is regulating false or misleading labels. These findings highlight the urgent need for standards to protect consumers and establish a level playing field to support the continuing growth of the avocado oil industry.â€

Avocado is among the vegetable oils the Canadian Food Inspection Agency (CFIA) permits to make approved â€œunsaturated fat and blood cholesterol loweringâ€ claims. Food fraud isnâ€™t just about being swindled â€” paying for something youâ€™re not getting â€” it also presents food safety risks. Letâ€™s say youâ€™re allergic to peanuts and unwittingly buy an avocado oil that has been cut with less expensive peanut oil. A fraudsterâ€™s desire for profit can present very real health issues when foods are tainted with hidden allergens, pathogenic bacteria or toxic chemicals.

Itâ€™s not only avocado oil that presents an opportunity for cheats. Last year, the CFIA warned Canadians to beware of fake olive oil after an especially poor European harvest. As part of a separate targeted investigation, the regulatory agency found that more than one-fifth of imported honeys had been adulterated with added sugars. Food science experts only expect such instances of food fraud to increase due to the COVID-19-related disruption in supply chains, according to Sylvain Charlebois, senior director of Agri-Food Analytics Lab at Dalhousie University. 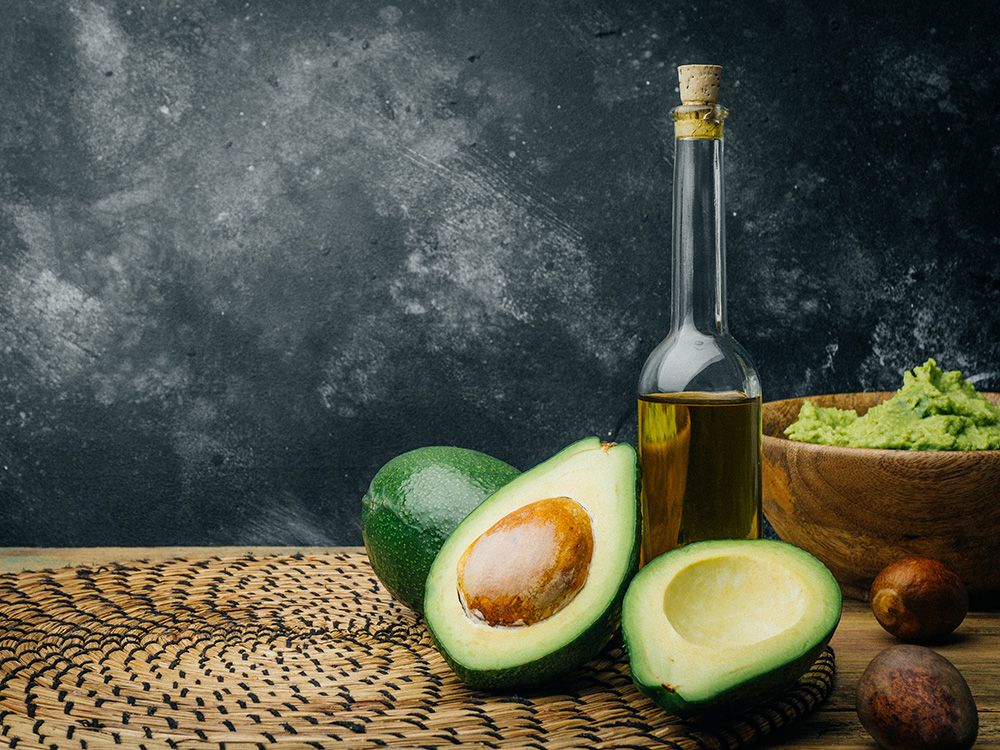 â€œWhen you go to the store, youâ€™re buying (based on) whatâ€™s on the label,â€ Wang told The Counter. â€œConsumers should be able to trust that labelling and get the product that is reflected on the label.â€

While using your senses is a fallible means of attempting to detect food fraud, the UC Davis researchers included some advice for consumers. If youâ€™ve already got a bottle of avocado oil at home, give it a sniff â€” a Play-Doh-like odour is a sign of oxidation, they said. Avocado oil, like olive, loses its flavour and health benefits when exposed to air, heat or light. Always store it in a cool, dark cupboard.

If youâ€™re able to taste the oil before you buy it, pay attention to the flavour profile as well as the colour (virgin oil should be green; refined light yellow). Again, as with olive, avocado oil is an expression of terroir â€” the flavour and aroma can vary by farm, producer or region. â€œIn general,â€ the researchers said, â€œauthentic, fresh, virgin avocado oil tastes grassy, buttery and a little bit like mushrooms.â€

Donâ€™t miss the latest on COVID-19, reopening and life. Subscribe to Healthingâ€™s daily newsletterÂ Coming Out of COVID.

'Silent suffering': Below the surface of a skin disorder often lies depression, low self-esteem and anxiety

Disorders like psoriasis and rosacea are far more than skin deep, not only causing pain and relentless itch, but also impacting mental health and quality of life, says Dr. Ian Landells.