The Ministry of Long-Term Care and Ontario’s patient ombudsman are investigating why Hillel Lodge long-term care home blocked one of its longtime residents from returning after she was sent back from the hospital at 4 a.m. one day last September.

Now her son is going public with his complaint, in the hope it prevents something similar happening to another frail and vulnerable person like his mother.

“I told the Rabbi, prayer is good, but you also have to act,” said Yuriy Hillyer, who keeps a candle burning on his table beside a photo of his mother, Maia Giller. “I decided I would not be shy. I would show the problem. Without action, nothing will change.”

Giller had advanced dementia and had been living at Hillel Lodge since 2011, said Hillyer, who was with his mother the morning of Sept. 17 when a nurse from Hillel Lodge locked the door, leaving Giller outside on a stretcher with attendants from the patient transfer service that had delivered her.

Giller, who had survived famine as a child in Ukraine and barely escaped the massacre of Ukrainian Jews by the Nazis in the Second World War, died 10 days later at The Ottawa Hospital. She was 88. 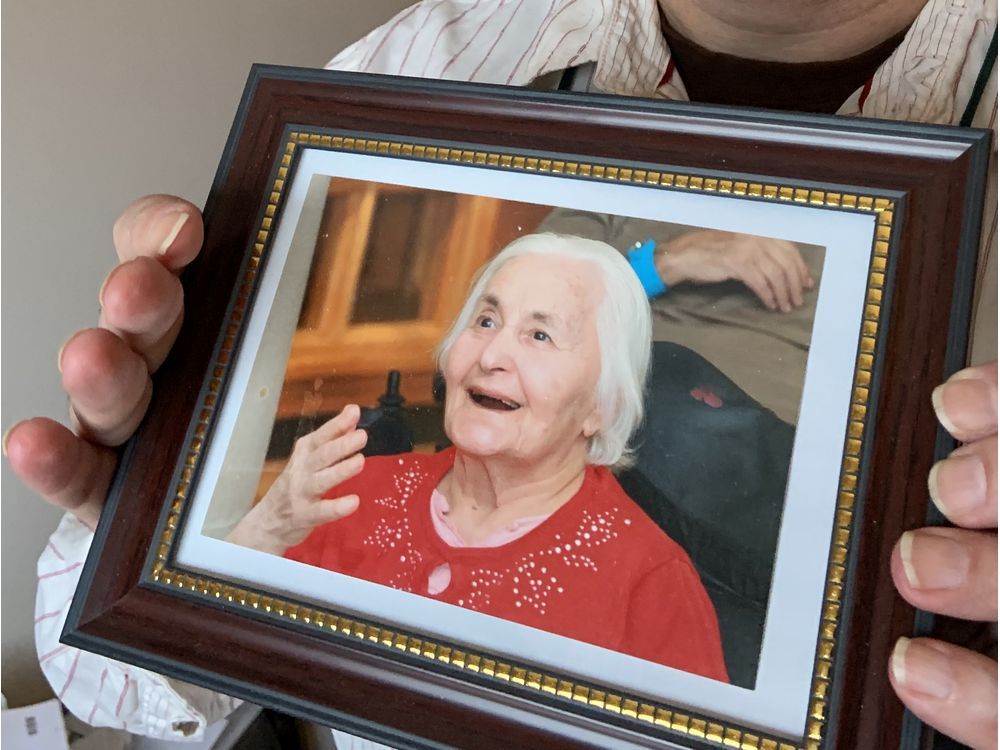 “I was in shock,” said Hillyer, who was a medical doctor in Ukraine before coming to Canada in 2013 to care for his mother. “The nurse comes from Hillel Lodge and she talked very rudely. She says she has an order from the management of Hillel Lodge to not accept my mother back to the Hillel Lodge.

“She did not check on my mom. She did not look at her. She did not check her pulse or her vital signs,” said Hillyer, who filed complaints with the Ministry of Health and Long-term Care and the Patient Ombudsman, both of which have said they are investigating the incident.

Giller’s condition had deteriorated over the summer and she required repeated hospitalization for dehydration and constipation. She was admitted to The Ottawa Hospital’s Civic campus on Aug. 30 and stayed 17 days before being sent back to the lodge at around 11 a.m. on Sept. 16. Hillyer visited her at the lodge that day and spoon fed her a fortified soup for lunch, which she enjoyed. Giller slept that afternoon and Hillyer went home but was called by the lodge around 7:30 p.m. and told his mother was being sent back to the hospital.

Hillyer went to the lodge and rode with her in the ambulance to the Civic and stayed with her until 11 p.m. Medical staff checked her vital signs and found them normal, and found no problems with her vital organs, he said. Hillyer went home to sleep, leaving a caregiver he paid out of his own pocket to stay with her overnight. The caregiver called at 3 a.m. to say the hospital was sending Giller back to Hillel Lodge by Priority Patient Transfer service.

When Hillyer arrived at the lodge just after 4:30 a.m., his mother and the attendants from Priority had already been waiting outside on the sidewalk for half an hour because no one had answered the doorbell. When a nurse did answer the door, she began arguing with the attendants.

“These guys from Priority said to her (the Hillel nurse), ‘We have to tell you that this is illegal action to not accept a resident, to not admit her to her place of residence,’” Hillyer said.

“She answered that he’s not her employer, he doesn’t pay her wage and she isn’t going to lose her job because of this situation. She said, ‘I will not admit her back to the Hillel Lodge.’”

Hillyer said the nurse went back inside and locked the doors. Eventually Priority Patient Transfer took Giller back to the Civic, where she was admitted.

A spokesman for Priority Patient Transfer said he could not discuss the case because of privacy concerns, but confirmed he’d been talked to by Ottawa police about what happened.

“The case that you are referencing is a complex one,” he said.

“When a resident requires hospital care, Hillel Lodge prepares the resident for a safe transfer,” Cohen said in an emailed statement. “During their stay at the hospital, the Lodge receives updates on their progress. Once notified that the resident will be discharged from the hospital, appropriate arrangements are made to welcome the resident back to Hillel Lodge. In rare instances, due to the complex care requirements of a resident and/or to honour the explicit wishes of the resident/family, there may be a need for the resident to again be safely transferred to the hospital for further followup where they can receive care.” 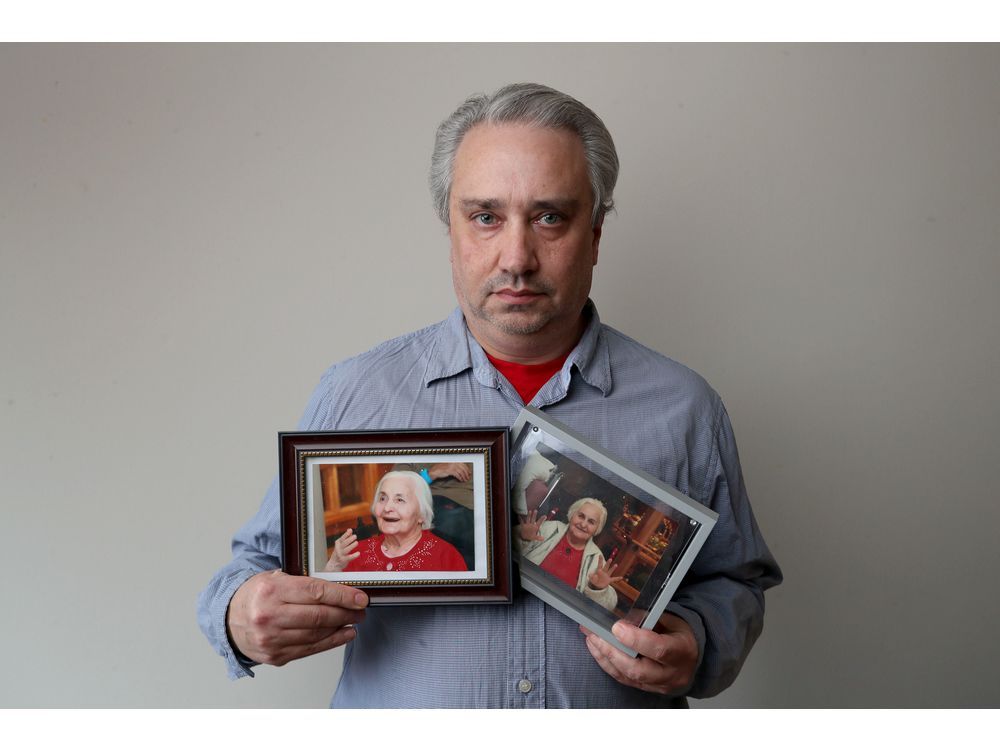 Jane Meadus, a lawyer with the Advocate Centre for the Elderly (ACE) in Toronto, said such a long-term care home’s refusing to accept a patient back from hospital would be “extremely unusual.”

“The home, under the law, would not have the authority to prevent a person from returning,” Meadus said. They can’t just say, ‘You can’t come back.’ It’s health care. You are entitled to be there.”

Meadus wasn’t familiar with the Hillel Lodge complaint, but said ACE had been involved in another case where a long-term care home had refused to take back a morbidly obese man whom the home felt it couldn’t care for. The Ministry of Health and Long-Term Care agreed that the home had acted improperly, but the man died before the complaint was taken further, she said.

Long-term care homes must hold a resident’s bed for 30 days if the person is sent to hospital for an acute illness and for 60 days if they’re admitted for mental health reasons.

“There are some criteria for discharging people. If a home no longer wants someone to be there because there’s a safety issue in the home, for example,” Meadus said. “But there’s a process they have to go through. They can’t just say, ‘You can’t come back.’ That’s not appropriate. Just refusing to accept someone to return, in my experience, would be very unusual.”

Meadus was also critical of the hospital’s decision to send a patient back in the middle of the night.

“There is a really good question as to whether hospitals should be sending someone back at four in the morning. Homes are really short-handed at night and it would not be the safest time to return someone.”

Maia Giller was born in Kyiv, Ukraine in 1931. Her mother was a factory worker who fled the city two days before it was overrun by the Nazis during the Second World War, narrowly escaping the massacre of more than 33,000 of Kyiv’s Jews in the ravine of Babi Yar. When they returned to the ruined city after the war, the lived in holes dug in the ground until new homes could be built from the rubble. Giller worked as an economist in Ukraine until she immigrated to Canada in 1994.

As Giller’s condition deteriorated at Hillel Lodge, she became immobile and had to be lifted to and from her bed to a wheelchair. She lost the ability to speak. Hillyer acknowledges she was a difficult person to care for as her dementia advanced, hitting and spitting on staff at the lodge. In turn, he complained to the lodge about the care she was receiving and pleaded with staff to understand that his mother could not control her outbursts.

Once admitted to The Ottawa Hospital and unable to be nourished and hydrated except by medical intervention, Giller died on Sept. 28 with Hillyer at her bedside. He keeps the cloth she was holding at the time in his apartment in front of her photograph. He’s bitter the hospital refused to allow him to try to feed her himself, as he had done several times before when she’d been critically ill.

Though some may think those with advanced dementia should be left to die, he says, his mother still showed enjoyment despite the isolation of her condition.

“I would take her outside and she would sit in the wheelchair and she liked to look at the birds,” he said. “She could not talk, but I understand. I understand that these people have a different world. We don’t know about this world because these people don’t talk to us. We don’t have communication. But they have their own world and we have to respect this world.”

If he could afford it, he would hire a lawyer to help his fight, he said. He decided to go public with his complaint to try to save another family from going through a similar experience.

“One day this could be you. It could be me.”