Deanna Almdal was between her third and fourth medical appointments of the day.

Though Almdal was infected with COVID-19 more than 13 months ago during a stay in Goa, India, she can only wonder how long the virus will continue to cast its shadow over her.

She’s one of countless thousands of so-called COVID-19 “long haulers,” dogged by a dizzying array of health symptoms long after the disease’s initial onslaught has receded.

It began with a natural naivete back in early February 2020, she recalls.

“It’s something that went through the whole village, we all got sick with this kind of flu thing that we all joked about,” said the athletic, inveterate traveller who’d never suffered major health problems.

“Even though a cough wouldn’t go away, I thought I was fine.”

But as the understanding of what became a global pandemic gained steam, Almdal was soon diagnosed with COVID-19 but had left India for Thailand, where she spent four stints in hospital to battle worsening symptoms.

She’s been hospitalized a total of six times.

After returning to Canada, the bewildering markers of post-acute COVID-19 syndrome only tightened their clutches.

“I thought I was having a heart attack with these internal vibrations, it feels like my heart is fluttering but it’s in my torso or head — I’ve had them every night,” Almdal said in her Shawnessy home.

“I thought I was going to die. . . . Before I knew what it was, I was in sheer panic mode, I didn’t know if it was going to ever stop.

“That’s when the doctors’ appointments started.”

She initially thought her issues would be confined to respiratory ailments. but her symptoms have extended to dizziness, numbness in her limbs and vision problems.

She says repeated scans suggest she has micro-inflammation of the brain.

“Is it some hyperimmune response? We don’t know,” said Almdal.

She and thousands of other Canadian long haulers say that uncertainty has morphed into frustration with a medical system they say is woefully ill-prepared and underperforming in its response.

Toronto-area woman and long hauler Susie Golding, who has created one of the largest support networks for patients in Canada with more than 12,000 members, agrees.

And she says it’s a reality likely to overwhelm the country’s health-care system, especially if it’s left to fester.

“It’s a tsunami waiting to happen that governments are just ignoring,” said Golding, 53.

At first, it was a sleeper phenomenon that confounded medical experts “because the people with the mildest COVID-19 cases have the strongest (later) symptoms.”

The U.K. has 81 clinics devoted to treating long haulers while Canada has a mere seven, she said.

Three of those are in Alberta — at Rockyview and Peter Lougheed hospitals and at a site affiliated with the University of Alberta.

But long haulers say they only treat those suffering respiratory illnesses and demand positive COVID-19 tests — a rarity among their group.

“In countries like the U.K., you don’t need a positive PCR test,” said Golding.

Most who had COVID-19 never had a positive test, which leaves many long haulers out in the cold in terms of targeted treatment, say Golding and Almdal.

“Researchers and doctors know that those millions showing up all over the world within one year with the same or similar symptoms — either after confirmed COVID or unconfirmed COVID — have post-acute COVID syndrome,” said Almdal.

“That’s why in the U.K. and other countries, a positive PCR test is absolutely not required for acceptance into post-COVID clinics.” 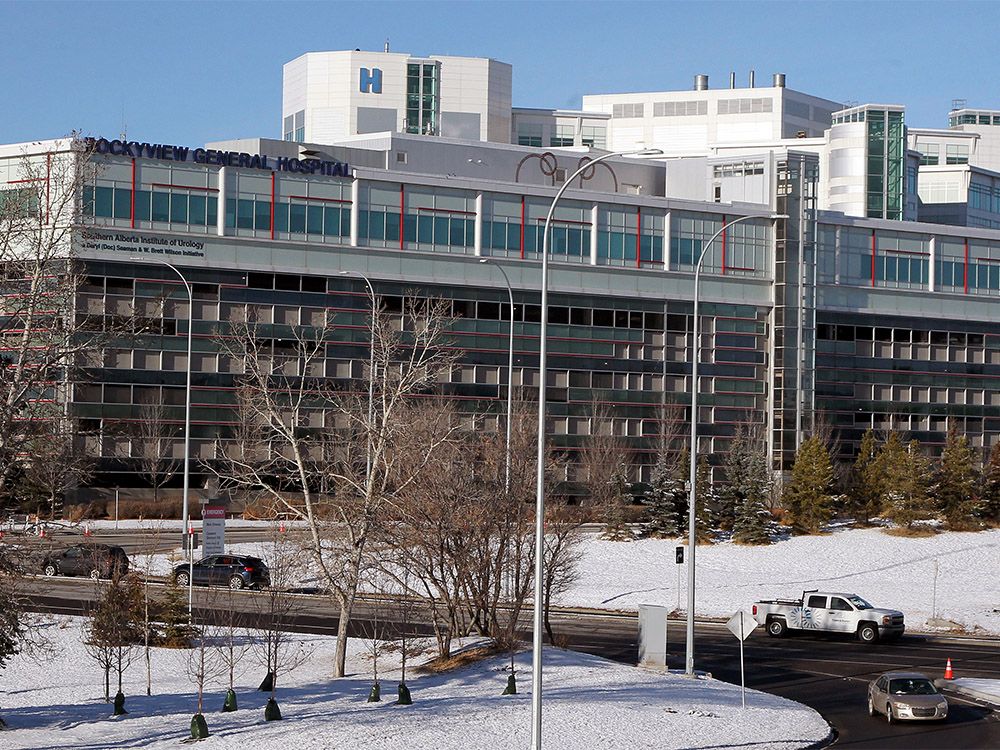 It’s believed about 10 per cent of COVID-19 sufferers go on to become long haulers, or show symptoms beyond 12 weeks.

In Canada, that would be 80,000 people, a number many of their advocates say is probably conservative.

Researchers have identified 205 symptoms believed related to the syndrome.

Uncertainty over the kaleidoscope of maladies — including its prevalence — reigns, said Dr. Chester Cho, senior director of neurosciences with Alberta Health Services.

“This area of medicine is newer and really evolving — we’re learning together about this internationally, we’re sharing information,” said Cho.

“It’s really important we listen to our patients.”

The physician wouldn’t hazard to guess the syndrome’s implications to the sustainability of Alberta’s health-care system, while other experts also insist it’s too early to tell.

But a study is being conducted to gauge the scope of the problem, while a task force was created last summer to map a strategy in dealing with long haulers’ plight, said Cho.

“We’re working closely with primary care to determine what support we need to give people according to their functional impairment,” he said.

“We are using a lot of our existing clinics and trying to make sure our usual resources and primary care would be supported to handle this situation.”

Cho said health authorities are working to better understand the symptoms “because they’re quite diverse and if we don’t do it in a standardized way, we might miss some of them.”

Almdal said she’s noticed that lack of awareness in her own medical journey.

“I spent the first month trying to educate my doctor,” she said.

Another frustration, said Almdal, is the cavalier attitude or downright denial toward the pandemic still shown by so many a year after it all began.

“Perhaps they, like many, think COVID-19 only affects the elderly and/or those with pre-existing conditions — as if that wasn’t bad enough,” she said.

“So, I think if the general public knew what was at stake — that any one of them could potentially become long haulers with a crazy array of symptoms with no known expiry date — they might be a little more careful.”

“I don’t even try (to reason) with those people anymore,” she said.