As a neuroscientist and an associate professor in Concordia University’s psychology department, Nadia Chaudhri uses Twitter to stay in touch with colleagues and communicate about her research, which deals with how the brain contributes to behaviour in alcohol-use disorders.

But the subject of her tweet on the morning of May 11 was something else entirely.

“Today is the day I tell my son that I’m dying from cancer,” Chaudhri, 43, tweeted from a Montreal hospital bed. “Let all my tears flow now so that I can be brave this afternoon. Let me howl with grief now so that I can comfort him.”

Her heartbreaking tweet has since been “liked” by more than half a million people, retweeted 45,000 times and drawn nearly 15,000 comments offering sympathy, encouragement and advice. Good Morning America even reported on the “outpouring of love from Twitter.”

Today Is the day I tell my son that I’m dying from cancer. It’s reached a point where he has to hear it from me. Let all my tears flow now so that I can be brave this afternoon. Let me howl with grief now so that I can comfort him. pic.twitter.com/PDgy8qbTIL — Dr. Nadia Chaudhri (@DrNadiaChaudhri) May 11, 2021

Chaudhri, who learned in June 2020 that she has metastatic ovarian cancer, was in hospital with a painful bowel obstruction. The tweet was “an outlet more for myself than anything” as she rehearsed what to tell her six-year-old son, she recalled. She even forgot she’d written it.

Her son — she asked that his name not be used — understands that his mother is sick with cancer, “but I realized we hadn’t told him the full story about the terminal nature of what is going on with me.”

“I had been sort of preparing him by reading the Harry Potter stories with him.” The protagonist of the J.K. Rowling series was orphaned as an infant, “and I emphasized how his mother’s love for him coated him like a blanket,” she said.

When Chaudhri’s husband, Moni Orife, and their son came to her room at the McGill University Health Centre that Tuesday afternoon, “we played a few games and then we took him over to the couch,” she recounted.

She told her son:  “‘I had surgery and treatment, and the doctor said that the cancer has come back and is all over my stomach and is not going to go away. I am trying some new treatment but, if it doesn’t work, I will die from the cancer.’

“And he started to cry and said, ‘No!’ and put his arms around me and told me, ‘You have to take all your medicine.’

‘I will,’ I said. We explained that his papa loves him and that they will be together. I told him that I loved him and would always love him, and we all just cried.

“The whole conversation didn’t last very long, but it was good to have had it because it put everything out there. Then we ate some chocolate and moved on.

“After they had left, I looked at my Twitter feed — and saw that my tweet had gone viral.” 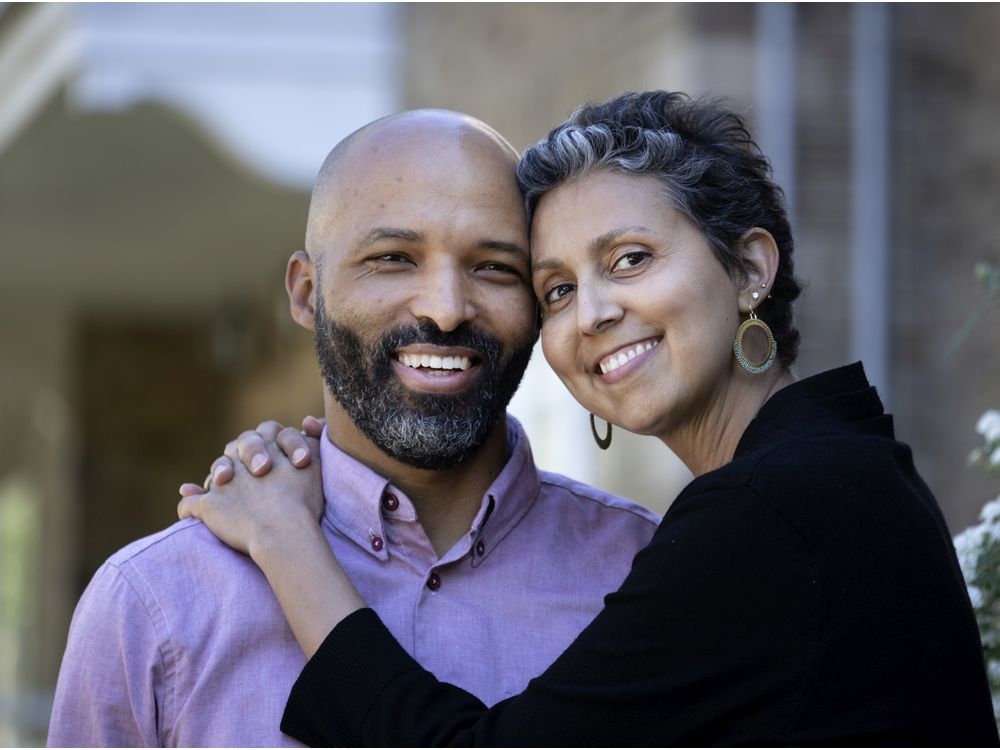 Many wouldn’t have shared something so intimate beyond their immediate circle, but Chaudhri has chosen a more public path. She tweets to her 44,000 Twitter followers about neuroscience and, now, about life with terminal ovarian cancer.

“It’s the scientist in her, wanting to spread information,” said Uri Shalev, a professor in Concordia’s psychology department, a colleague at the university’s Center for Studies in Behavioral Neurobiology and a friend. “She wanted everyone to know the effect her illness has on her and her family and everyone who is involved with her.”

On May 8, World Ovarian Cancer Day, Chaudhri tweeted: “I am sharing my story to raise awareness about this disease. I do it with a grimace. This wasn’t supposed to be my story.”

Her symptoms started in January 2020: a slight increase in the need to urinate, vague abdominal and lower back pain and some fatigue. “I didn’t really pay attention to the fatigue because I was very busy at work,” she said. Early ultrasounds were “not alarming.”

By March, when the pandemic was declared, her abdominal pain had intensified. An endovaginal ultrasound in April showed both ovaries were enlarged. One doctor said it could be endometriosis.

An uncle in England, an obstetrician-gynecologist, suggested blood tests, including one for the presence of the CA125 protein, to rule out cancer. Elevated CA125 levels are often used to help diagnose ovarian and other cancers. Chaudhri’s level was 925; normal is less than 35.

A friend put her in touch with Dr. Lucy Gilbert, director of the gynecologic oncology division at the MUHC. Two weeks later, on June 10, Chaudhri underwent a four-hour operation in which her uterus, ovaries, Fallopian tubes and cervix were removed, along with visible tumours in her abdomen.

The diagnosis: high-grade serous ovarian cancer, almost always at an advanced stage when it is detected.

On July 9, she started six cycles of chemotherapy. Within three or four cycles, her CA125 dropped to normal range but, by December, it had begun to climb again.

“That is not a good sign,” Chaudhri said. “It is an indication that the disease has learned to evade the medication.”

She was admitted to hospital in late March with a bowel obstruction (and would be again in May). In her case, this was considered evidence the disease had recurred.

“The thing I learned is that, when you have a recurrence, there is no cure at that point,” Chaudhri said. With various chemotherapeutic agents, “I am basically buying time.”

Our hearts broke. We cried a lot. And then the healing began. My son is brave. He is bright. He will be okay. And I will watch him grow from wherever I am. Today was the hardest day of my life. Thank you for all for your love. pic.twitter.com/sCZFW9d8T5

She is using that time to pave the way for tomorrow’s scientists.

“She has made a conscious decision to use the time she has in a productive way, to leave a legacy — and I think she is doing an amazing job at it,” said colleague Shalev.

Chaudhri has launched — and tweeted about — two fundraising campaigns: one is a GoFundMe campaign to establish a fund for awards for under-represented young scholars in her field to attend the annual Research Society on Alcoholism conference; the other is an annual award in her name at Concordia for graduate fellowships for under-represented students who want to study neuroscience. The university has earmarked funds to support the Nadia Chaudhri Wingspan Award.

“Nadia Chaudhri is an important and passionate researcher who has contributed extensively to putting the neurosciences on the Concordia map,” said Louis Patrick Leroux, associate dean of research in Concordia’s faculty of arts and science. “And she feels very strongly about the need for greater representation based on principles of equity, diversity and inclusion.”

As a woman in neuroscience, Chaudhri herself faced challenges, “mostly in the form of not being taken seriously, having my opinions be undervalued and unwanted interest from senior male faculty,” she said. She left Pakistan at 17 to attend university in the United States and was “never comfortable expressing my identity as a Pakistani Muslim, largely because 9/11 happened when I was in grad school.”

The initial $50,000 goal for the GoFundMe campaign, launched April 7, was raised in less than a day. The fund was approaching $135,000 when she linked the fundraising page to her May 11 expression of gratitude for the outpouring on Twitter. After that, donors more than doubled to 2,600 and the fund spiked to $193,000.

On leave from Concordia since May 2020, Chaudhri had to make the heartbreaking decision to wind down her research laboratory. But she has stayed in touch with her graduate students, meeting virtually with them every week. They “know what they need to do,” she said. “They all have co-supervisors to go to for help. We just submitted a paper. My students are doing their work and, when I can’t, they will finish the work.”

Ovarian cancer is diagnosed in about 3,100 women in Canada each year; an estimated 1,950 die from the disease. Symptoms are often vague and the disease is advanced when it is diagnosed. Cure rates have not changed much in 30 years. About 80 per cent of ovarian cancer deaths are in women with high-grade serous carcinoma, which continues to be diagnosed after the cancer has silently spread.

There is some hope for early detection, when cure rates are still high, in a diagnostic tool being tested at the MUHC in a Phase 3 clinical trial: DOvEEgene (Detecting Ovarian and Endometrial Cancers Early Using Genomics).

“DOvEEgene brings much hope because it is able to detect somatic mutations, which are early events in the development of cancer,” said Gilbert, senior scientist at the Research Institute of the MUHC and head of the DOvEEgene research team in 2020, when $6.24 million in funding for the initiative was announced.

Chaudhri, meanwhile, is “savouring every moment,” as she tweeted. “Receiving and giving as much love as I can.”