A union representing employees at a Montreal health authority is seeking to address the overrepresentation of racialized women in lower positions at the establishment.

On Tuesday, the syndicat des travailleuses et travailleurs du CIUSSS du Centre‑Sud-de-l’Île-de-Montréal – CSN announced it will be handing over 1,000 grievances denouncing systemic racism and discrimination to management at the health authority. In doing so, the union said it hopes to determine why 80 to 90 per cent of orderly positions are filled by racialized women, in the goal of then determining ways to correct the overrepresentation.

The union was accompanied by the Centre for Research-Action on Race Relations and the Maison d’Haïti for its announcement, both of which work closely with people affected by systemic discrimination and racism.

The experiences shared by those who signed the grievances are all too familiar in the health-care network and beyond, the groups said, but even just their overrepresentation in lower positions is an issue worth addressing. 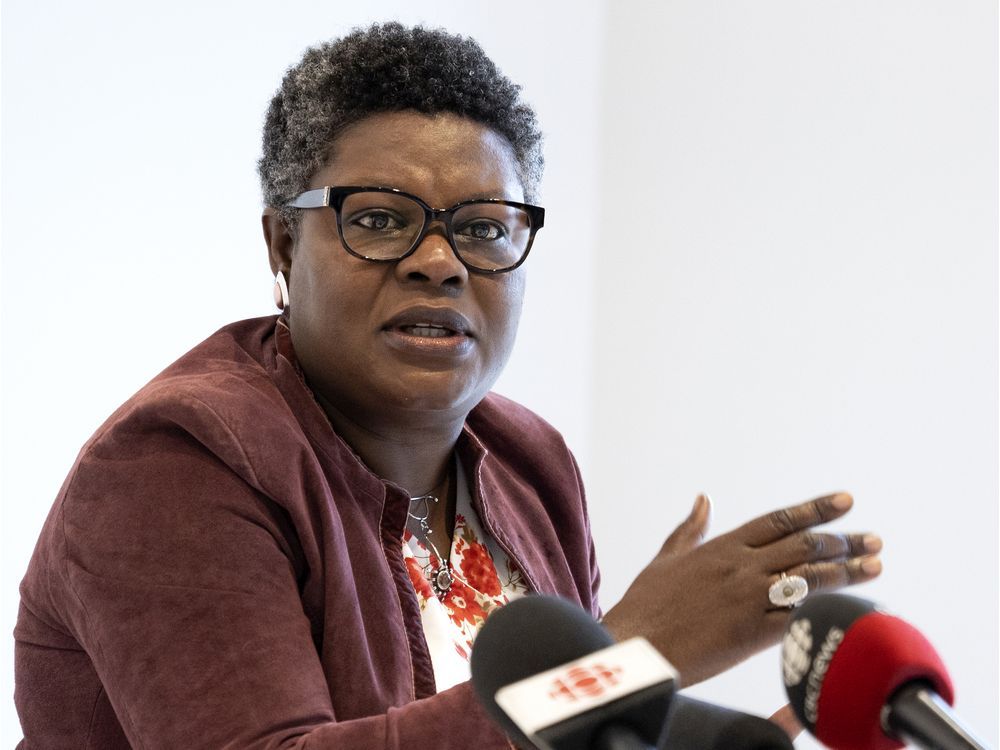 “Today we’re talking about 1,000 grievances,” said Guerda Amazan, the deputy director of Maison d’Haïti. “We’re not talking about isolated scenarios, because often, in regards to this issue that we call systemic discrimination, we say ‘there are no statistics.’ Today we proved it.”

To address the issue, the union is asking the CIUSSS to keep accurate data on the job titles, salaries and movement of Black, Indigenous and people of colour employees in the network.

“Then we can analyze all the obstacles to promotion, to assignments, the obstacles to employment,” Croteau said. “The first thing is the employer has to open the books and put the cards on the table to know where they are, that will permit us to find the obstacles.”

Both Croteau and Fo Niemi, the executive director of the CRARR, said orderly positions were largely overrepresented by women in general in the past but that the overrepresentation has, over the years, shifted to BIPOC women.

“For the same reason we did it for women, we have to correct the gap,” Croteau said. “Is there a link between the salary and the composition of the workforce at the CIUSSS? Is there, like in the case of women, a system that grants less valued jobs to racialized people? Because we noticed in the category of the best-paid jobs at the CIUSSS, there is an underrepresentation of racialized people.”

In a series of statements, the CIUSSS said it does not discriminate against staff, that it has been working with the Quebec human rights commission for years and that it is disappointed the union has used the establishment “as part of this media approach.”

“The CCSMTL strongly believes in the inclusion of everyone, in all job titles, regardless of their differences,” the statement said.

The CIUSSS also said it is involved in a variety of inclusion initiatives and that ethnicity is not a criterion for hiring or obtaining a management position, and that “as proof, nearly 20 per cent of the managers of the establishment are from minority communities.”

Though it also said, in the same statement, that it does not keep data of the ethnic origin of its staff.

Niemi, who has been working with the union on the issue for years, pointed out that systemic discrimination is not intentional by nature.

“We’re not accusing anyone of bad faith or bad intention, we’re saying the system, the way it is, produces inequities in terms of hiring and promotion, job mobility, work conditions, particularly the salaries of the people who hold those positions of (orderlies),” he said. “This grievance seeks to basically find systemic remedies, so all these aspects of the entire employment system that is being challenged.”

“It’s subtle, systemic racism,” Amazan added. “If you look for excuses, you’ll find them. But it’s there, you can’t ignore it, because there are many facts.”