A young woman in New York had been having health issues for some time and when she finally was able to see a doctor, she was so relieved that she had a brief cry.

“She has a rare disease so she’s been really struggling to find care,” big sister Camille Johnson said in a tweet thread. “She got emotional because she feels frustrated and helpless. One tear in and they charged her $40 without addressing why she is crying, trying to help, doing any evaluation, any prescription, nothing.”

My little sister has been really struggling with a health condition lately and finally got to see a doctor. They charged her $40 for crying. pic.twitter.com/fbvOWDzBQM

The New York Post detailed why U.S. doctors can charge for such an assessment, but it appears this young woman did not get the service she was billed for.

“A brief emotional/behavioral assessment is a mental health screening that tests for signs of attention-deficit/hyperactivity disorder (ADHD), depression, anxiety, suicidal risk or substance abuse,” the Post wrote. “It is usually issued as a questionnaire that is often handed out and filled in before seeing the doctor.

“Doctors have been testing and charging for the test since 2015 when it became a federal mandate as part of the Affordable Care Act ‘to include mental health services as part of the essential benefits that must be included in all insurance plans offered in individual and small group markets.’”

Johnson told The Independent that her sister was never evaluated. She claimed that the doctor at the unnamed medical facility noticed her sister’s tears but said nothing.

“They did not evaluate her for depression or other mental illnesses, nor did they discuss her mental health with her,” Johnson said. “She never talked to a specialist, was not referred to anyone, not prescribed anything, and they did nothing to assist with her mental health.”

It seems this extra billing could be happening more often than we (well, at least Americans) might think. Another person replied to Johnson’s post with a similar experience:

Along with thousands of comments on the thread, another woman chimed in with a caustic remark about the amount she was billed for a simple test: 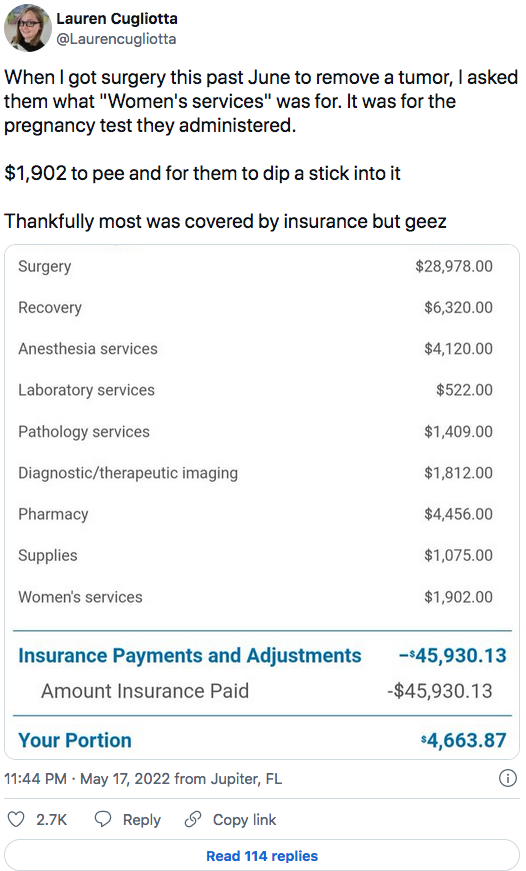 And a grandmother sardonically took umbrage at a fee her daughter was charged by obstetrics: 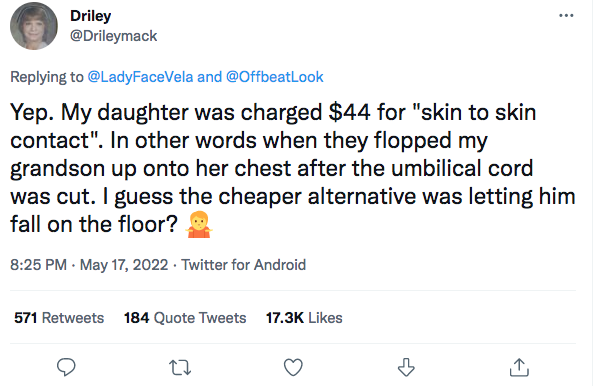