Shannon Loutitt is “so over the moon.”

Loutitt, who began having seizures after a car crash, had a bad experience at Royal University Hospital last year. The hospital had one telemetry bed in the neurological unit, which is often full of trauma victims and people recovering from brain surgeries.

Telemetry monitors the electrical activity in a patient’s brain over an extended period of time, which can help determine where the seizures are coming from, and if surgery is beneficial.

Loutitt had to be kept awake in order to try to induce seizures. She was sharing close quarters with people on the worst days of their lives.

“It was so traumatizing,” Loutitt said. “My last time in there, I was staring into the eyes of a man that was passing away. It wasn’t just the fact that we’re feet away from each other, but the fact I knew everything about him as his family was coming and going, it felt so inappropriate.”

Soon, patients like Loutitt will be treated in a new dedicated four-bed telemetry monitoring unit.

The provincial government and Royal University Hospital Foundation (RUHF) announced funding for the project at a joint news conference on Monday.

“That is exactly what we were hoping for,” Loutitt said. “I am so over the moon. We’re the only province that didn’t have one in the entire country.” 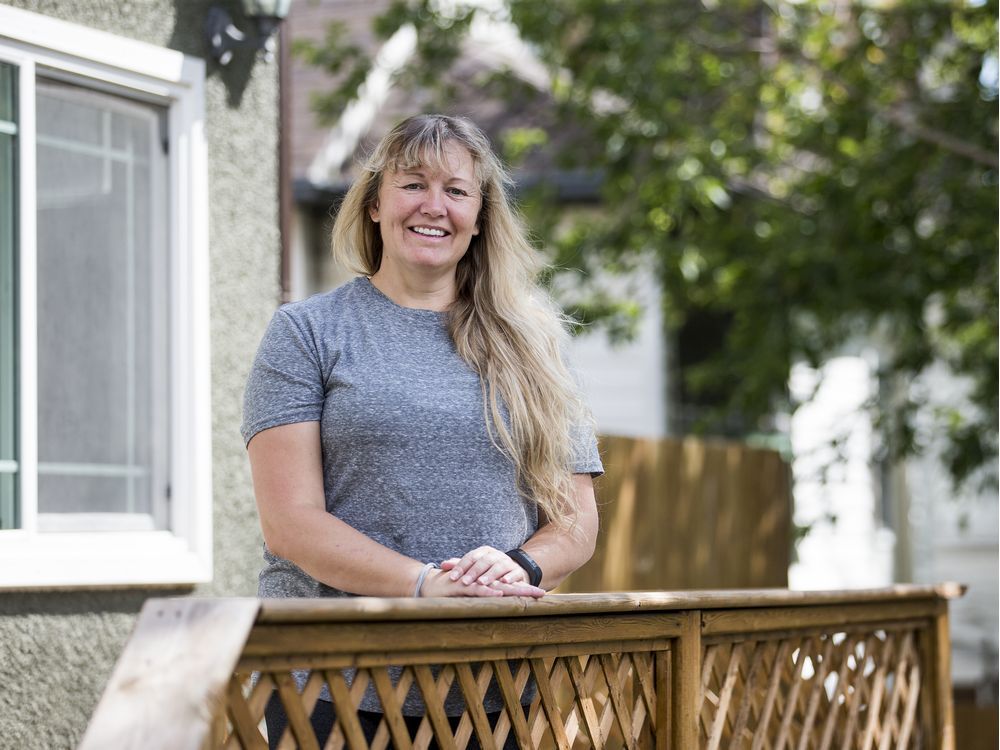 The new setup will offer privacy and allow timelier assessment in a more dignified way.

The Saskatchewan Health Authority will contribute $1.35 million and the RUHF will raise $1.2 million for capital and equipment. The unit is expected to open in the 2020-21 fiscal year.

Arla Gustafson, the foundation’s CEO, said the news is exciting for patients and families, and also for donors who have already been supporting the Saskatchewan Epilepsy Program. She said the foundation is committed to raising $500,000 this year and $700,000 next year to make the unit a reality.

Becky Findlay of Regina, who started having seizures after her first son was born five years ago, waited about three years to get into the telemetry bed at RUH. She had surgery in April and has been seizure-free ever since.

She said she’s glad others may not have to wait as long as she did.

“It’s so exciting that people aren’t going to have the years and years of waits and just getting what can be their miracle, sooner,” Findlay said.

In addition to the four adult beds coming to RUH, two pediatric epilepsy telemetry beds will be available in the fall when the Jim Pattison Children’s Hospital opens.

Approximately 10,500 people in Saskatchewan live with epilepsy, 700 of whom are children. Loutitt noted that with seizures from other causes such as head trauma, there are probably closer to 20,000 people affected in the province.

“I’ve not had any seizures since last year, I’ve been taken off the medication and — knock on wood — I won’t have any more, but if I do, at least I know there’s more resources to help me out,” she said.

As Told To: This doctor thought her feelings of impending doom was anxiety, but it was actually temporal lobe epilepsy

Her experience as a patient has taught Dr. Sonika Kainth "what it's like to be a human with a chronic condition."

As Told To: 'I woke up in the psychiatric ward, tethered to the bed'

When Cameron Reid was diagnosed with epilepsy, it took a patient group and a dedicated doctor to help him move through a deep depression and now he is "thriving."

Why does my body twitch just as I am falling asleep?

A hypnic jerk is an involuntary muscle contraction that happens when we are in between wakefulness and sleep.

Epilepsy: 'It took doctors a long time to realize that I know my body quite well'

Although epilepsy is highly treatable with medication, 30 per cent of people with the disease, like 37-year-old Erin McDonald, rely on brain surgery to keep it in check.

Study finds that cerebral palsy may be genetic for some kids, eases guilt of parents

In the past, children with muscle tightness or developmental delay were diagnosed with cerebral palsy without looking into the root cause.