The excitement was palpable in Christopher McDougall’s voice as he described how a newly approved medication for people with cystic fibrosis (CF) could change his daughter’s life.

“This has been a hard-fought battle and I’m ecstatic,” said McDougall.

His daughter Emmanuella, now 11 years old, was diagnosed with CF when she was just 23 days old as part of Saskatchewan’s newborn screening program. CF is a progressive genetic disease that can cause lungs to deteriorate and malnutrition and vitamin deficiencies, causing children to often struggle gaining weight. There is no cure.

According to Cystic Fibrosis Canada, about one in every 3,600 children born in Canada has CF.

In the summer of 2020, Emmanuella’s lung function dropped to around 80 per cent and she was struggling to gain weight. McDougall said they applied for another CF medication the province covers called Orkambi. After a year-long application process, Emmanuella finally received the medication this July.

“There was a radical change within a short period of time after taking one of these medicines,” McDougall said, noting Emmanuella’s lung capacity climbed well above 90 per cent and she gained weight. 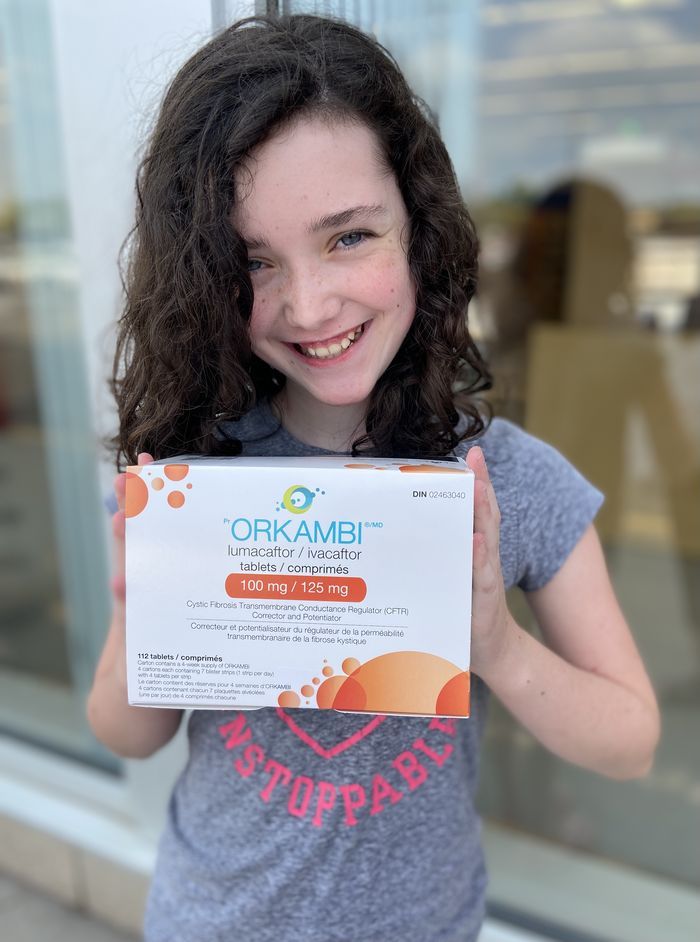 Now an even better medication for combatting CF is being covered by the provincial government.

Saskatchewan announced it will cover the cost of Trikafta for eligible residents starting Oct. 1. Health Canada approved the medication in June for CF patients ages 12 and up with the most common type of the disease.

The province said in a news release Trikafta “has been shown to improve quality of life for patients.”

It’s coverage McDougall had been preparing to fight for, having helped start a petition calling for the provincial government to cover the medication. He had personally gathered hundreds of signatures in the hopes of having the petition presented to the Saskatchewan Legislature in October.

“For many people, this medicine is turning cystic fibrosis from a terminal illness to a chronic condition, so that’s why we so badly want it,” he said.

“For some people it’s a matter of improving from the situation where they’ve declined significantly. For others, it’s about preventing them from going down that path and declining in the first place.”

It’s that prevention he hopes to secure for Emmanuella. He is hopeful once she turns 12 she will be eligible under the province’s criteria, although that criteria has not yet been released.

“More information regarding the listing and coverage criteria will be available in the coming days,” the province said in its release, encouraging CF patients to ask their physicians about Trikafta coverage after it comes into effect on Oct. 1.

The list price for Trikafta is about $300,000 a year — a cost McDougall said is far out of reach for most people.

Saskatchewan is part of the pan-Canadian Pharmaceutical Alliance (pCPA), which announced last week it had reached an agreement with Vertex Pharmaceuticals on pricing and coverage conditions with Trikafta.

McDougall hopes the province chooses to cover the medication for anyone whose doctor prescribes it for them without restrictions.

If not, he plans to revive and repurpose his petition to call on the province to expand its eligibility criteria.

“If a doctor prescribes it, that means they need it,” he said.

Cystic fibrosis causes lung damage and a loss of lung function which eventually leads to death in the majority of patients.

When the disease was first identified in 1938, cystic fibrosis killed most patients in infancy. Now many live into their 50s.

An insurer has turned down Sara Aldrich's bid for coverage for Trikafta, described by an advocate as “the single greatest innovation in cystic fibrosis history.”

With many hurdles still to overcome, patients with Cystic Fibrosis are 'cautiously optimistic'

What it feels like: 5-years old and living with Cystic Fibrosis

Liam Wilson, with the help of his mom, created a picture book to teach kids about cystic fibrosis.