In the hours leading up to the release of new modelling showing Ontario careening toward a COVID cliff, physician Andrew Morris wondered on Twitter, “When do we start saying that 2022 will be a whole lot better than 2021?”

A quarter of the way into 2021, and it doesn’t feel like we’ve won. A quarter of the way in, new modelling is predicting COVID-19 infections in Ontario could climb higher than 15,000 cases per day by June. A quarter of the way in, hospitalizations are at their highest number, admissions to intensive care units are on track to reach nearly 1,000 people, critically sick people are being helicoptered across the province for care, baby hospitals are taking adults, vaccines aren’t reaching high-risk people fast enough and the summer is in jeopardy, but  the bigger problem may be “that we’re just too tired to notice,” Dr. Adalsteinn Brown, co-chair of Ontario’s science advisory panel said Friday in presenting the latest projections.

A six-week stay-at-home order with a vaccination rate of at least 100,000 people per day is the only way out, the science advisory group said, the only way to flatten the curve. Three million people over the next 30 days. That, and ensuring workplaces are safe, workers are supported with sick leave and further limiting mobility for Ontarians already frustrated, tired, demoralized, Brown said. “Hang in there, please,” he pleaded.

Soon after, Ontario Premier Doug Ford announced new restrictions — checkpoints at all interprovincial borders, restricted crossings to Manitoba and Quebec, outdoor gatherings limited to household members only, a shutdown of all non-essential construction, and police enforcement of a stay-at-home order that has been extended another two weeks.

Solicitor General Sylvia Jones said police will have the authority to ask anyone who is outside what their address is and why they’re out. Vehicles can be pulled over to check people are only out for essential purposes, she said, and those violating the order will face fines of up to $750. The new authority, she said, will last for the duration of the stay-at-home order.

Not only are infections caused by new super-contagious variants rising, including a small but worrisome rise of the Brazilian variant sweeping B.C., the “old” strain is still causing outbreaks. There could be two, three, maybe four epidemic curves, officials said.

It reminds philosopher Paul Thagard of the movie Jaws. “You think the movie is basically over, and then the shark comes out of the water again.”

Thagard is a professor emeritus at the University of Waterloo.

In a recent paper, he explored the cognitive science of COVID-19, and why leaders, and ordinary people, make bad decisions about COVID.

Our brains aren’t structured to do anything as elegantly mathematical as figuring out probabilities. “We’re not computers,” said Thagard, who once ran Waterloo’s cognitive science program. “We’re all both enhanced, but also limited by the fact that we’re working with our emotions as well as our thinking processes.” 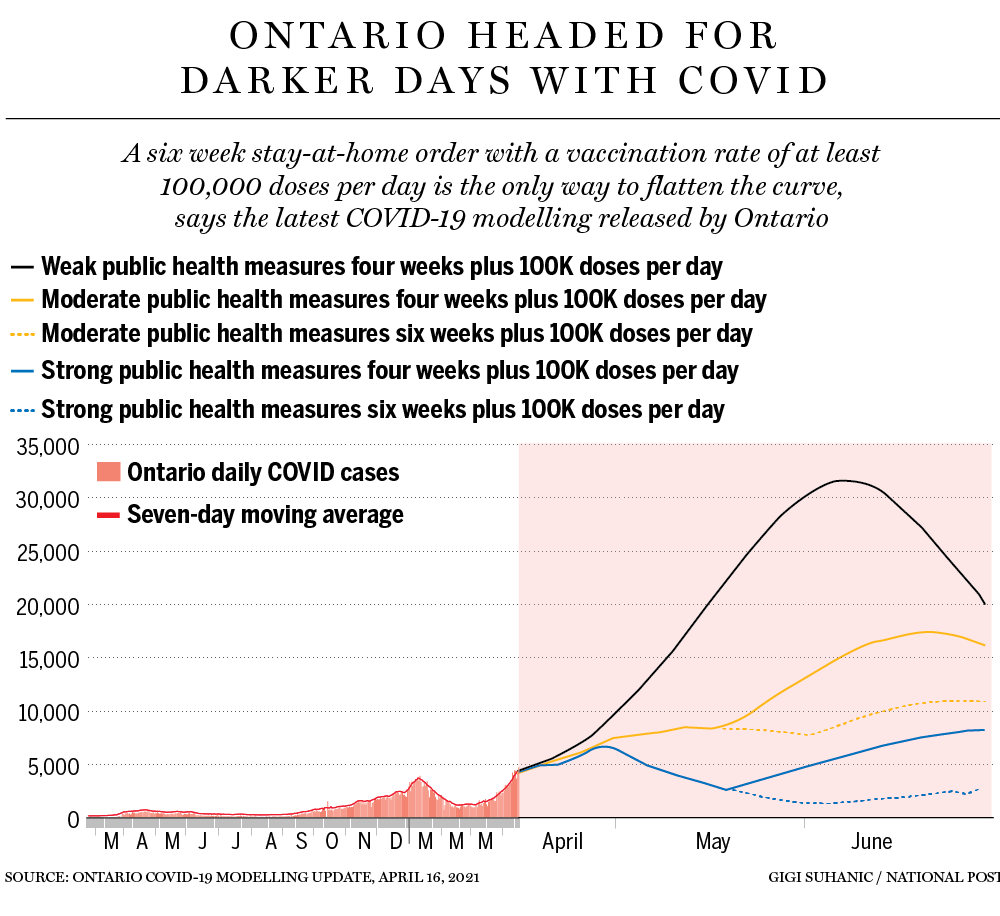 The brain also processes short and long-term goals differently, “and political leaders can be particularly prone to dominance of immediate over long-term goals when they focus on economic recovery and getting re-elected over the unavoidably longer-term problem of stopping the pandemic,” he wrote.

“What happens in everyone’s brain is that we get a mixture of judgments about what’s true, with what we want to be true,” Thagard said.

The Christmas lockdown was hard, on everyone. “People grumbled about it, businesses were suffering, and so (political leaders) were highly motivated to think, ‘oh, good, we got out of that second wave, we’re going to be OK.’

“They were all too ready to ignore the advice given by the various medical authorities, saying, ‘not so fast, we could get a rebound, because the variants are coming,’’ Thagard said — predictions that turned out to have been astonishingly right.

The “balanced approach” didn’t work, tweeted University of Ottawa law professor Colleen Flood. Half-hearted approaches merely allowed the virus to “flourish and re-flourish” in between each lockdown and lift, she said.

Doctors fear COVID swamping ICU’s the way it has in Brazil, where there are reports of doctors running out of intubation drugs to sedate people before they’re connected to ventilators. “I cannot see a situation where some degree of ICU triage doesn’t happen,” tweeted Dr. Michael Warner, head of critical care at Michael Garron Hospital. “Demand will outstrip supply of staffed beds.” 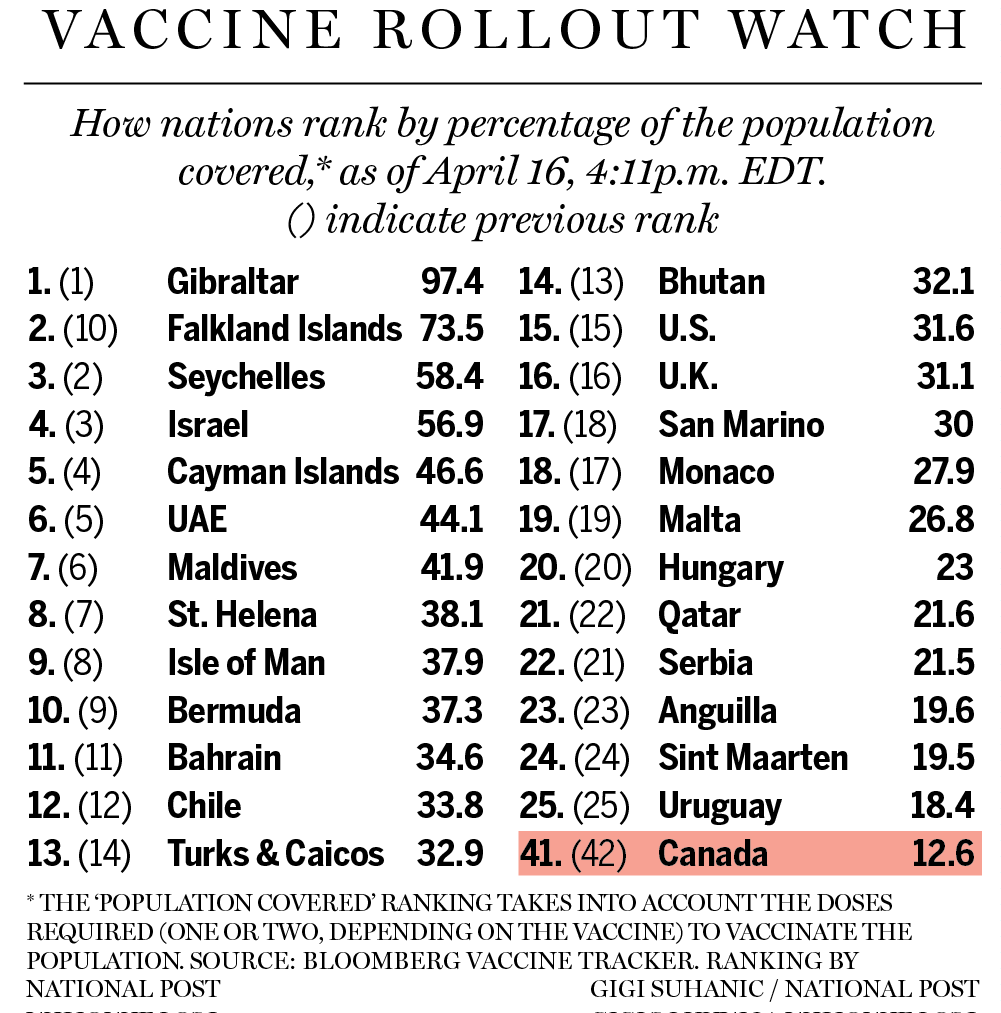 Ontario isn’t alone, Morris said. B.C. has eclipsed its first two waves. Alberta has the highest per capita case count in the country. Saskatchewan is “on the cusp of having a huge problem,” Andrew Potter, a University of Saskatchewan microbiology professor told CTV.

Poor communication, poor leadership, confused messaging, no clear structure for who is giving what advice, a lack of nimbleness to pivot quickly with non-experts opining there would be no third wave — “all these things add up,” Morris said.

“Honestly, it’s heart breaking that we’re over a year into this, that we’ve allowed this to happen,” said Morris, a professor of infectious diseases at the University of Toronto.

“Once we have everyone immunized and our numbers are low, then we can start talking about opening up, like Israel, like the U.K,” he said. “Until we’re there, we’ve got to go hard.”

People talk about pandemic fatigue, but it isn’t really fatigue, Thagard said. It’s a whole bunch of negative emotions. “We’re bored, we’re frustrated, people have fundamental social needs to interact with other people and these needs are not being met.”

“So what are people doing? Well, they’re going for short-term emotional decisions, based on those needs. ‘I’ve just got to get out of here. I’ve got to see some people.’ Rather than doing the long-term calculation, which tells you if we can stand here for a few more months, then in fact the pandemic will probably be under control, thanks to the vaccinations that are flooding in. And we’ll be OK.”

— With additional reporting from Canadian Press