The idea of people being removed from intensive care, unhooked from ventilators that might have saved them to make room for someone else more likely to survive is almost unfathomable, says the president and CEO of Canada’s largest university hospital.

“I believe we’ll fight that one as long as humanly possible, and I pray we never get to the point of having to consider that,” said Dr. Kevin Smith, head of Toronto’s University Health Network and co-chair of Ontario’s COVID-19 critical care table.

Staged withdrawals of life-support from people with low chances of survival are not part of a 32-page emergency triage protocol that would be enacted should Ontario ICU’s become saturated.

“Only the provincial government can take the steps necessary to enable physicians to withdraw life-sustaining treatment without consent” in order to give that care to someone with better prospects, the College of Physicians and Surgeons of Ontario said in a notice to physicians last week.

The triage protocol would, however, mean choosing which new patients should be offered potentially life-prolonging care   — who to admit and who not to admit to the ICU, whether for COVID or a heart attack.

Hospitals are working flat out to avoid enacting the protocol — transferring hundreds of patients from hot spots to communities with extra space, cancelling non-urgent surgeries to free up 700 critical care beds, and redeploying nursing and other health-care staff.

“Is it optimal and what we’d love to be doing? No. It’s where we find ourselves at this point in this rapid growth of the pandemic,” Smith said.

Admissions to ICUs have not only been rising, people are arriving in emergency rooms needing intensive care — immediately. “The virus has attacked them, literally, so quickly, it over came them so fast” that some are arriving in emergency desperately ill, before even having been tested for COVID, said Vicki McKenna, a registered nurse and provincial president with the Ontario Nurses Association.

As of midnight Monday, 1,892 people were in intensive care in Ontario hospitals, roughly a third — 623 — with COVID.

Should the number of people — with or without COVID — needing critical care approach 3,000, “that’s when we’re going to be precariously close to having to consider other options, and much less attractive options,” Smith said.

Those options include treating ICU patients outside ICUs, staffing ratios “we wouldn’t be very pleased by or comfortable with,” more field hospitals, bringing in doctors who don’t normally practise in hospitals, air lifting patients to Sudbury or Thunder Bay, “and, of course, last resort, thinking about the triage tool,” Smith said.

Nationally, more than 3,000 people with COVID were being treated in hospital each day over the past seven days, a 29 per cent increase over the previous week. ICU admissions are up 24 per cent.

The number of deaths has averaged around 30 a day for several weeks, a dramatic drop from the peaks of wave one and two, when Canada saw the highest rates of nursing home deaths globally. Deaths are down because jurisdictions prioritized seniors in long-term care and retirement home for vaccines.

British Columbia saw a record 121 people with COVID in critical care on Monday, and hospitalizations are starting to stretch the capacities of some hospitals in Metro Vancouver, the Vancouver Sun reported.

Provincial health officer Dr. Bonnie Henry is pleading with British Columbians to not leave their neighbourhoods as the fearsome Brazilian P.1 variant spreads. Quebec is also reporting a rise in hospitalizations and ICU admissions. 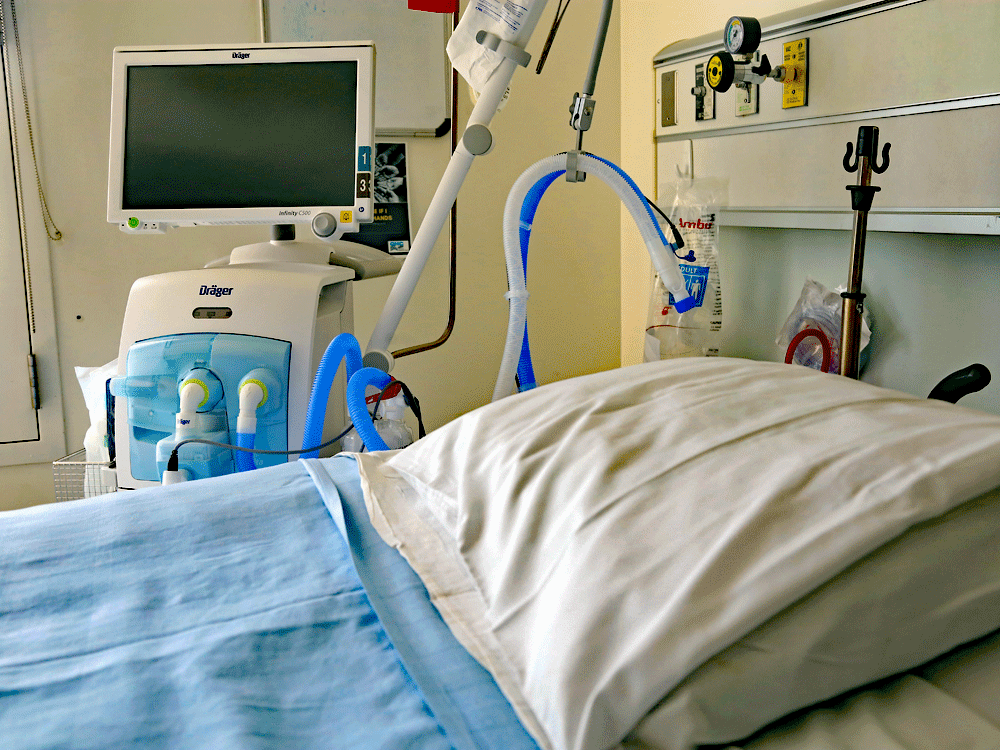 About 1,300 to 1,400 people have been shuttled around the province so far, mostly from the GTA to southern Ontario, and “it isn’t without the realization of how stressful that is for families,” Smith said.

Ontario reported 3,670 new COVID cases Tuesday, down from Sunday’s 4,456 record high. But infections are based on exposures a week or so ago. And hospital admissions and deaths lag infections by a week or two.

Today’s ICU admissions reflect when case numbers in Ontario were in the 2,000-range, said Ottawa critical care physician Dr. James Downar. “Very likely the stay-at-home order, coupled with the delayed March (school) break, will have the effect of blunting and flattening this a little bit. But that’s going to take a while.”

Among his concerns, “super-loading” nurses. Ontario already had the worst registered nurse-to-population ratio of all Canadian provinces before the pandemic. ICU nurses are highly specialized and after 14 months of the pandemic are burning out.

Normally in the ICU, it’s a one-to-one, nurse-patient ratio. Occasionally, they might have two patients. “But when they get added, and loaded up, that’s when the situation is unbearable for the nurse, and very high concern of course for the number of patients they’re trying to care for at any one time,” McKenna said.

Under an emergency protocol for a major surge developed for Ontario hospitals, those with the best chance of surviving 12 months would be given priority for an ICU bed. The protocol includes a “short-term mortality risk” calculator physicians could use to input information on the person’s condition — whether they have heart failure, cancer, chronic liver disease or severe COVID — that gives the person’s triage priority score.

While no one wants it, it’s a rational approach based on core principles and criteria, said Downar, one of the authors. “You apply the same rule to everybody.”

The group Accessibility for Ontarians with Disabilities Act Alliance has said the protocol is discriminatory, reduces life and death decisions “to a cold digitized computation” and, if consent legislation was changed, would allow doctors to “evict” someone from critical care.

Quebec hospitals haven’t yet been hit hard in the third wave, despite rising infections. However, Montreal ICUs are still dealing with people who survived COVID in the second wave, and need critical care for “respiratory compromise,” said Dr. Peter Goldberg, director of critical care at the McGill University Health Centre.

“About one-third of all our ICU beds are committed to either active or recovering COVID patients,” Goldberg said in an email.

“I can’t imagine that we’ll escape another ICU admission blip over the next couple of weeks,” he said. But he added, “thankfully,” there are no discussions about implementing Quebec’s triage protocol. 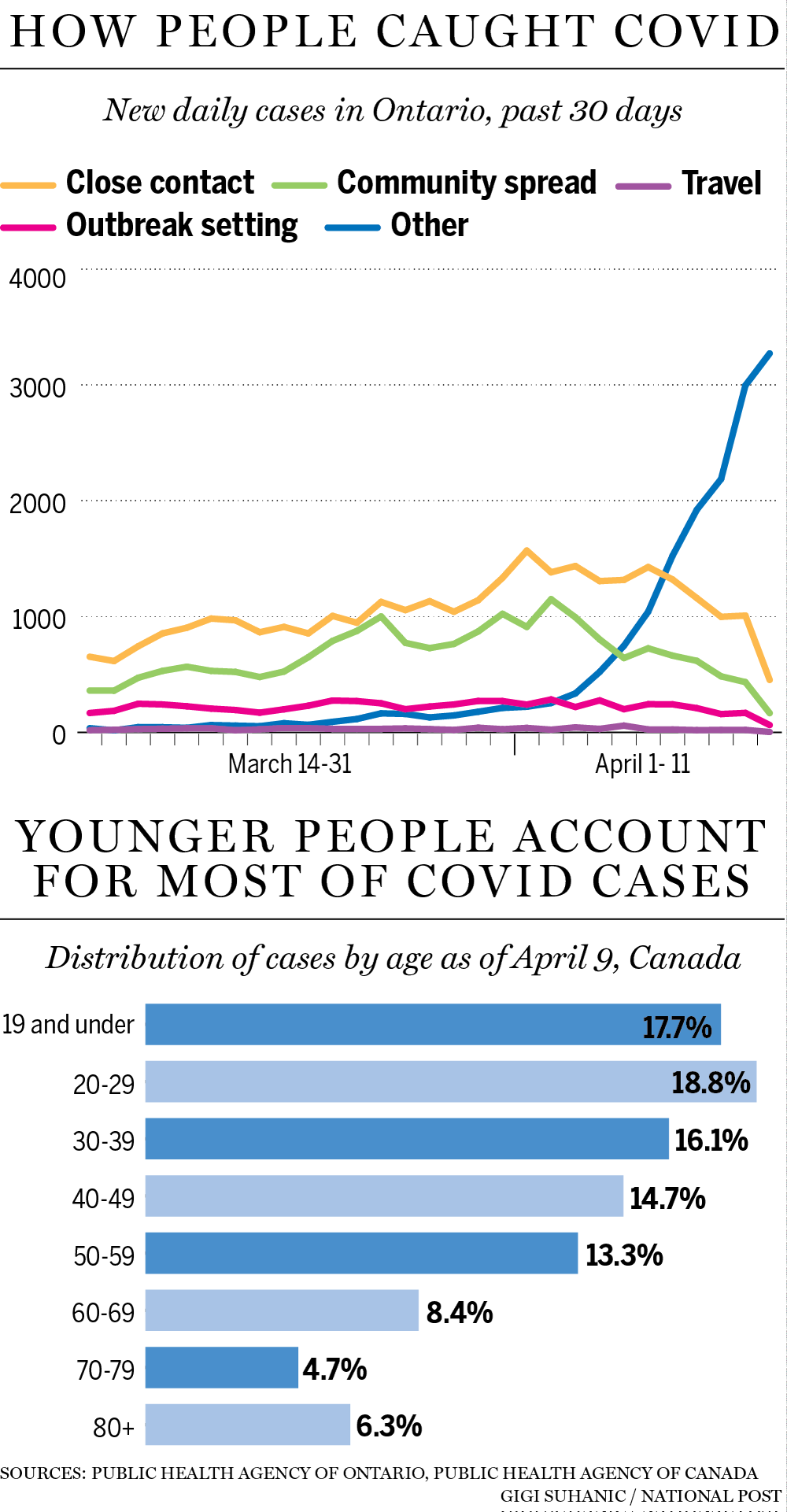