The very first of the 10 blood samples tested came back positive, so they ran the test again. It was only later that night, after Ishac Nazy and colleagues had identified the first case of a COVID vaccine-induced blood clot in Canada, that the situation struck him as “kind of historic.”

“Canada felt like it was protected from this, because it hadn’t happened here,” said Nazy, director of a McMaster University laboratory in Hamilton that is the only one in the country able to diagnose rare blood clotting issues related to COVID vaccines.

Blood clots after shots designed to free the globe from the plague of COVID-19 are concerning, Nazy said — “very concerning, don’t get me wrong” — but they’re rare.

According to a preprint study released Thursday by Oxford University researchers, COVID-19 is up to 10 times more likely to cause a rare brain blood clot than current available vaccines. The study, which hasn’t been peer reviewed, also suggests the vaccines carry a statistically similar risk of blood clotting  — four in one million for Pfizer-BioNTech and Moderna, a finding Pfizer disputes, and five in a million for AstraZeneca.

This week, out of an “abundance of caution,” the U.S. Food and Drug Administration recommended doctors pause using the Johnson & Johnson vaccine, of which Canada is due to receive at least 10 million doses. This was after six women, ages 18 to 48, suffered a rare type of blood clot days after receiving the shot, out of roughly 6.9 million Americans vaccinated with the J&J vaccine. One woman died; another was in critical condition this week.

In Canada, most provinces have suspended using AstraZeneca shots in people under 55 on the advice of the National Advisory Committee on Immunization, or NACI, a recommendation the panel is now mulling whether to update.

Regulators and advisory committees are being extremely cautious and conservative, said bioethecist Arthur Caplan. “They’re acting the way they would if it were normal times. We’re not in normal times. And I think they need to take that into account.

“I don’t think they’re responding the way they need to in a plague that’s killing many thousands of people every month” globally, he said.

“They need to be very careful about how they send messages, meaning any message they send should begin with the infection rate, hospitalization rate and burial rate for COVID for the week they’re making the announcement,” said Caplan, founding head of the division of medical ethics at NYU School of Medicine in New York City.

The blood clot-scare risks setting vaccination campaigns back. Public confidence in the vaccine is plummeting in France, Germany and Spain, and there are growing anecdotal reports of people in Canada refusing the vaccine, despite repeated pleas from leaders to “take the first shot offered.” Demand for the shots is fizzling in Montreal while thousands of appointment slots remained open this week at vaccination sites in Edmonton and Calgary.

Health Canada this week stood by its approval of AstraZeneca and J&J vaccines — for all ages — after a review of the available data. The department’s chief medical advisor, Dr. Supriya Sharma, put the risk of a clotting event with AstraZeneca at one in 250,000.

The agency’s independent advisers, meanwhile, are reviewing whether to modify their no-one-under 55 position for AstraZeneca, a “precautionary measure” taken two weeks ago because of “substantial uncertainty” of the benefits in that age group given the risks, and are preparing recommendations for the J&J shots.

Mixed messaging is hyper dangerous in a pandemic, Caplan said. “Are they looking at different information when they should be sharing the data?” asked Baruch Fischhoff, a renowned expert in risk communication at Carnegie Mellon University in Pittsburgh.

“If there’s one government federal system, a single entity that is making that decision, then they need to get their act together. If people are confused, it’s because they’re not doing their job,” Fischhoff said. “This is a situation where experts communicate badly and blame the audience.”

The public can understand risk, he said. But a year-plus into the pandemic, “and we’re still having world-class science and medicine undermined by inexcusably amateurish communication,” he said. “It’s not that hard for officials to find out what information people need and give it to them in clear, concise terms.”

With the blood clots, people need to know how big are the risks from continuing to vaccinate versus the risks from pausing. “How are the authorities weighing those two risks? How good is their information? How soon will it be better?” Fischhoff said.

Research shows people want to know the truth, even if the news is bad. “It also shows that they can understand the critical facts if care is taken in drafting and testing the messages. It’s not that hard,” he said. 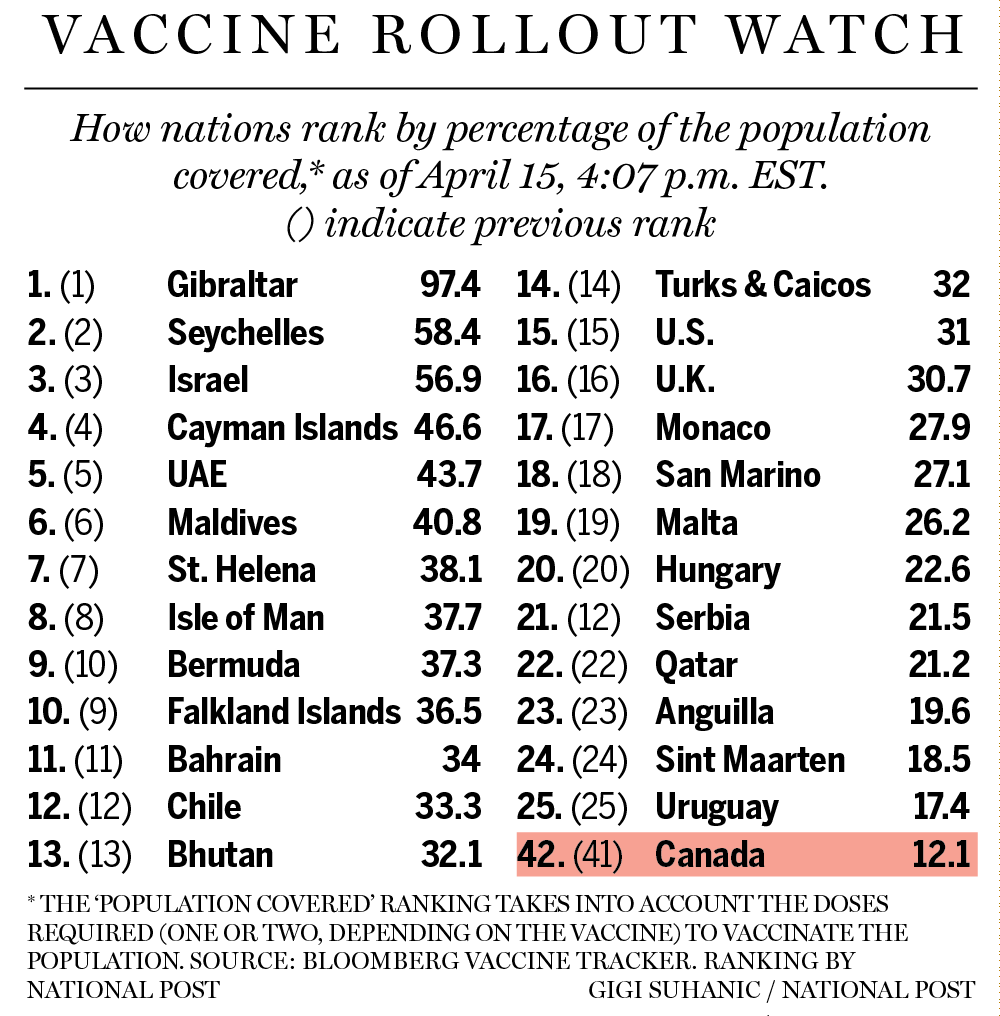 The Oxford researchers estimate the COVID risk for CVT, cerebral venous thrombosis, a clot in the cerebral vein responsible for draining blood from the brain, is about eight times greater than with the Oxford/AstraZeneca vaccine, even for those under 30, Paul Harrison, professor of psychiatry at the University of Oxford, said in a statement.

Harrison and his co-authors, who are not part of the Oxford group that developed the AstraZeneca vaccine, said the comparisons need to be interpreted cautiously “since data are still accruing.” The study was based on an electronic health record network totalling 81 million people in the United States. Researchers counted the number of CVT cases diagnosed in the two weeks following a diagnosis of COVID-19, or after the first dose of an mRNA vaccine (Pfizer or Moderna).

According to their estimates, CVT occurred in 39 of one million people who got COVID, compared to a 4.1 per million risk of CVT after vaccination with Pfizer or Moderna. CVT has been reported to occur in five per million after a first dose of the AZ-Oxford vaccine.The mortality rate of people with CVST was 20 per cent.

The researchers said they can’t conclude from the study that Pfizer of Moderna are associated with an increased risk of CVT and that “far larger samples are needed to address this question.”

In a statement, Pfizer said that, with more than 200 million doses of its vaccine having been administered globally, a comprehensive assessment of ongoing safety data has provided “no evidence to conclude that arterial or venous thromboembolic events” are a risk associated with the vaccine.

The McMaster Platelet Immunology Laboratory is part of a national surveillance system for vaccine-induced blood clots. The lab tests blood samples sent in from doctors for antibodies that can activate platelets that lead to clotting.

It’s still not clear why females appear at particular risk — Canada’s only confirmed case involves a Quebec woman, who is recovering at home — or what triggers the production of those clotting antibodies. “The work now being done is, how is it that this vaccine can induce these antibodies, and what is it about those few individuals who had this happen?” Nazy said.

Transparency is important, he said. People need to know a risk exists. “But they have to be reassured, and that’s our job, to say, yes, it happens, it is no different than any other drug, there are other drugs out there that have many side effects, we still take them because we need them.”