Hiram Walker & Sons, which earned praise for stepping up to assist Windsor during one of the darkest periods of the pandemic, is slamming Health Canada for now going after the company for offering that help.

The federal health agency’s inclusion of the Windsor distiller in a long list of Canadian businesses named as part of a hand sanitizer recall “has only led to confusion and damaged the reputation of Hiram Walker & Sons and its employees,” the company said in a statement Thursday.

Health Canada’s advisory warns that Hiram Walker’s hand sanitizer products contain an “unacceptable ingredient” — ethyl acetate — which it states can cause “dry skin, leading to irritation or cracking.” The safety alert lists the hand sanitizers of concern and their manufacturers and advises consumers to treat them as hazardous waste and “return the product to your local pharmacy for proper disposal.”

An initial list of the companies subject to the recall posted to Health Canada’s website on March 24 included 151 entries. Eight additional names, including Hiram Walker, were added Wednesday.

But Hiram Walker, one of the city’s biggest private employers, said Health Canada has known for a year the ingredients that made up its hand sanitizer and that the agency had issued the whisky maker a licence to produce it. Ethyl acetate (added to the alcohol-based product to make it unfit for drinking) was only included in an initial batch in March 2020 and subsequently taken out, the company states. 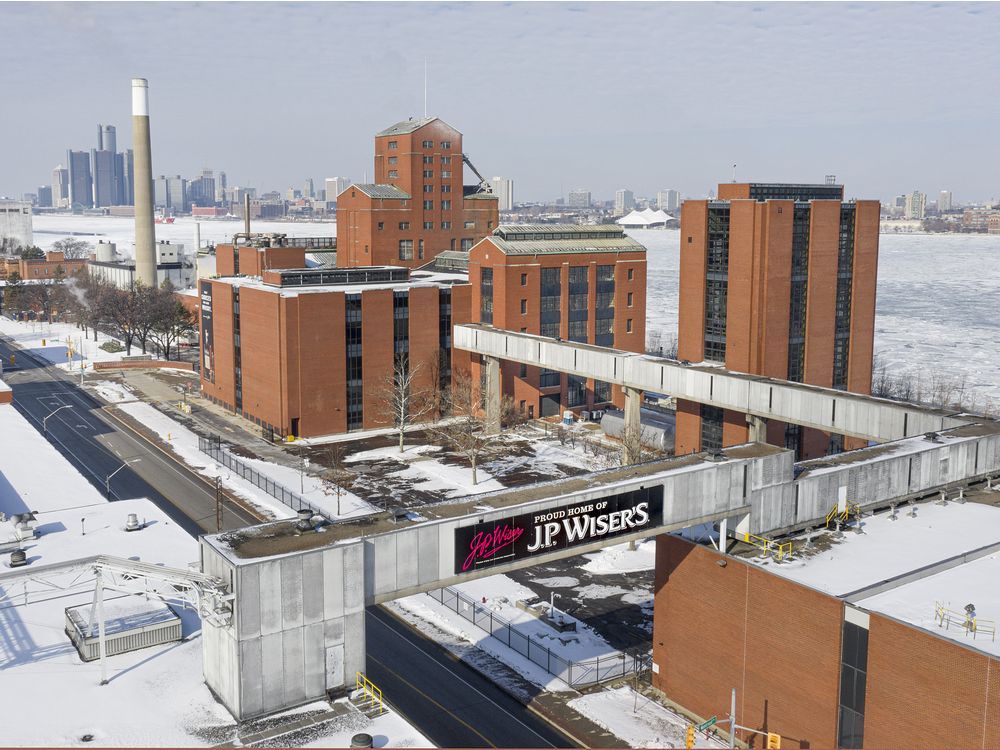 The latest recall alert is separate from a “stop sale” order Health Canada delivered to city hall on Feb. 26, in which the municipality was advised it was not properly licensed to distribute its own hand sanitizer. That order was criticized by city officials as “aggressive” and a “bureaucratic overreach.”

The Made in Windsor hand sanitizer had been distributed to front-line workers, local businesses and the public during the worst period of the pandemic when commercially available hand sanitizer was scarce. The city advised Thursday that the product it shared for free did not contain ingredients now the subject of a Health Canada advisory.

Part of a civic-minded response to the public health emergency declared in March 2020, industry and local businesses were praised for quickly pivoting their operations to assist communities. Windsor’s Hiram Walker distillery switched from spirits production to alcohol-based hand sanitizer, and Leamington’s Highbury Canco provided bottles which city employees then filled, labelled and distributed.

“This was a community effort … there was a lot of generosity shown,” said Teliszewsky. Thousands of the containers were delivered to front-line workers and handed out to local businesses and the public for free at drive-thru and walk-up events between March and September.

“In March 2020 we had medical professionals who couldn’t get hold of PPE (personal protective equipment),” said Teliszewsky. The public distribution of hand sanitizer ended when local officials felt there was sufficient supply coming from the private sector.

Hiram Walker said it was “very disappointed” to be included on the recall list and in the federal agency’s enforcement action, stating that as recently as last month, when it came to the Windsor company, “Health Canada agreed that there was no health risk to mitigate and no practical benefit to take such step.” The company said it has not received any reports of adverse reactions or negative health affects from those who used its hand sanitizer.

“We absorbed all costs, diverted many of our people to immediately focus on this initiative and went to great lengths to try to partner with both Federal and Ontario governments to help those in desperate need,” Hiram Walker said in its statement. Rather than recognizing those efforts, the company said it has instead been subjected to “a damaging, impractical and untimely review.”

Meanwhile, the company added, the federal government has been purchasing hand sanitizer from foreign suppliers.

Teliszewski, who said the city is “not planning to distribute any more sanitizer at this point,” accused Health Canada of “bureaucratic overreach” during a time when others have stepped forward to help the community cope with COVID-19.