COVID wards are filling with young and middle-aged adults. Nearly as many under-50s died from COVID-19 in Ontario intensive care units in the first 48 days of this now cresting third wave as in the entire September to February wave. Harrowing numbers of pregnant women are landing in intensive care. By mid-April, half of those in Mount Sinai Hospital’s ICU were pregnant or had recently given birth. At the Toronto General Hospital on Wednesday, a record 28 people were connected to artificial lungs “and still younger than the first two waves,” reported Dr. Eddy Fan, medical director of the Extracorporeal Life Support Program at Toronto’s University Health Network. Doctors are reporting multiple people born in the 1990s.

In London, Ont., 31-year-old Alex Kopacz, a gold-medal Olympic brakeman in men’s bobsled, spent four days in hospital with COVID after a business trip to Calgary. He doesn’t know his ground zero — Calgary or Toronto’s Pearson Airport. But “this whole thing has been a terrible experience, period. In the hospital, awful. I said goodbye to many people,” he said in an interview with the National Post on Thursday. “I’m very grateful I’m alive, I’m grateful I can breathe.” He’s home now, but his spirits are worn. He’s developed a blood clot in his leg and a pain in his back that he thinks is from all the coughing, and he’s wondering, “What other little surprises am I going to get from all of this?”

In addition to sidelining strong athletes, this wave isn’t like classic COVID in other ways. Usually what gets a person into an ICU is severe COVID pneumonia leading to serious respiratory distress. In the first wave, it took 10 to 14 days after symptoms started to reach that point, a week or so of feeling unwell, of “grumbling along,” mostly staying at home, until people became short of breath and ended up in emergency or straight to the ICU, said Dr. Paul Warshawsky. Now, “it’s becoming more in the neighbourhood of five to seven days,” said the chief of the division of adult critical care medicine at Montreal’s Jewish General Hospital. 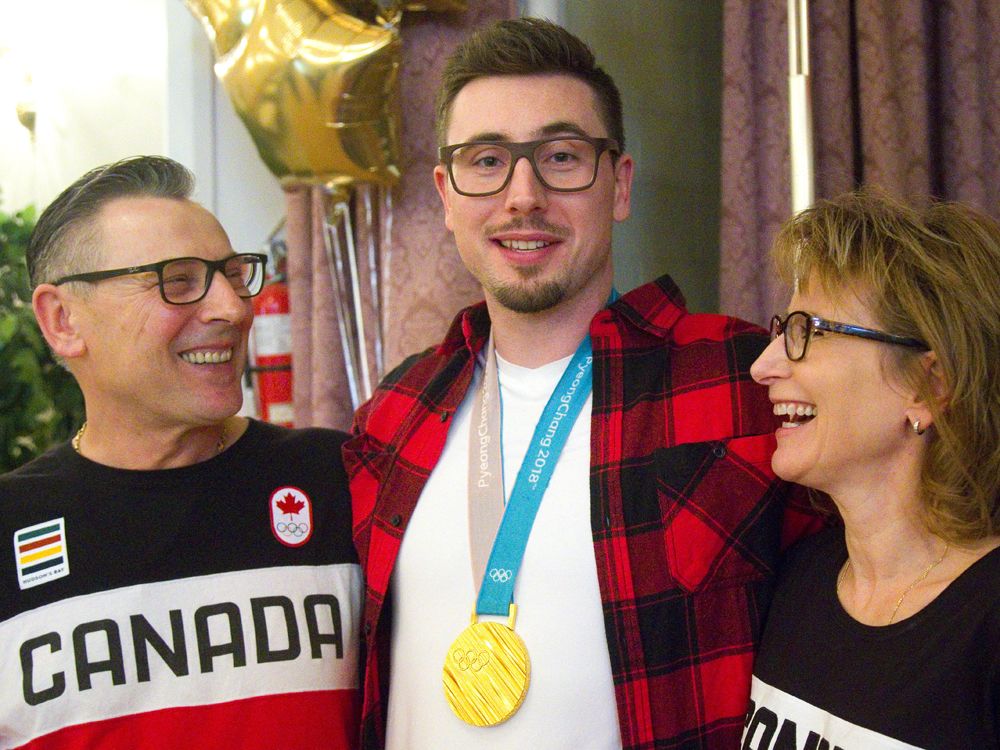 Some people are dying at home. They stay at home, self-isolate and die, without having called the ambulance, some from silent hypoxia, a baffling condition that causes dangerously low levels of oxygen, without people realizing just how sick they are. No shortness of breath. No gasping for air. “Their hypoxemia was really out of keeping with their symptoms,” said Ottawa palliative and critical care specialist Dr. James Downar.

“The bulk of the ICU cases are still people in their 50s and 60s, but the ones that are standing out in everyone’s attention are the ones in their 40s and into their 30s,” Downar said. Calgary ICU nurses are reporting entire families — husbands and wives, mothers and sons — in critical care. “Younger daycare workers, ride-share drivers, factory workers … and their families, are dying,” tweeted Dr. Michael Warner, head of critical care at Toronto’s Michael Garron Hospital.

Many of those coming to emergency are essential workers or racialized populations who don’t have work-from-home options, people living in multi-generational homes or cramped student housing. “They’re in a demographic that hasn’t been vaccinated yet, and the variants are more infectious,” Toronto respirologist Dr. Anju Anand told reporters during an Ontario Medical Association briefing this week. “We’re seeing this greatly in all of the hospitals,” she said, and there are theories as to why.

But in waves one and two, the people getting sick and dying were predominantly much older, with multiple underlying health problems — a population that’s now been at least partially immunized. Nearly 90 per cent of seniors in Canada aged 80 and older have received at least one dose of a COVID vaccine, and while people aren’t fully protected until they’re fully vaccinated, “we’ve taken the elderly, the above 80s and, to a large extent, the above 70s, our most vulnerable patients, out of play,” Warshawsky said.

“But what we’re left with is a group of patients who have a good chance of being saved, but the resources required to save them are sometimes astronomical,” Warshawsky said.

People are staying in intensive care longer, and the number being intubated and attached to a ventilator is increasing. “And I think that’s because we have a more salvageable population,” Warshawsky said. “They are appropriate to intubate, they are appropriate to care for, for a very long period of time, in the hopes that they eventually improve.”

Still, the increase in younger adults can’t be fully explained by having vaccinated older generations. The fact that older people are vaccinated doesn’t inherently make younger people more vulnerable, Downar said. “There is clearly something different about this wave. It does seem like it’s affecting younger people more.”

Many believe variants are driving the “younger and sicker” phenomenon. Nearly 95,000 confirmed cases of variants of concern have been reported across Canada, with the B.1.1.7 version first identified in the United Kingdom accounting for 96 per cent of them. In Ontario, variants are behind 90 per cent of new infections. According to the province’s science table, the mutants carry a 63 per cent higher risk of being hospitalized, a 103 per cent increased risk of needing intensive care and a 56 percent increased risk of dying compared to other incarnations of the SARS-CoV-2 virus.

However, a recent paper couldn’t identify an association between B.1.1.7 and more severe disease. People hospitalized with the U.K. strain weren’t markedly sicker than those hospitalized with non-U.K. variants, though they were more likely to be younger than 60 and from ethnic minority backgrounds.

The P.1 variant that first emerged in Brazil’s Amazonas State, and is now spreading in Canada, has been linked with a dramatic jump in the number of 20-to-59-year-old Brazilians admitted to intensive care for ventilation, “as well as increased mortality in this age group during the second wave,” researchers reported in the European Journal of Epidemiology.

In Manaus, deaths among the 20-to-39 age group are nearly three times higher in the second wave than the first, but only 1.5 times higher for the general population overall.

There is evidence the variants deliver a higher virus dose when they do infect, and the amount of virus a person is exposed to might affect how sick he or she gets. The variants are also exhibiting some immune evasion. The mutations make the spike protein that adorns the virus stickier, and better able to gum to receptors lining the human respiratory tract.

It’s undoubtedly true that most COVID-19 infections are mild, and even while the number of people experiencing severe and critical illness continues to rise, death rates are falling. In Ontario, as of the week ending Apr. 25, 32 people under age 50 had died in an ICU since the start of the third wave in March. Another 279 under-50s had been discharged from the ICU alive.

Vaccines have been used to shield the people at the greatest risk while the younger, healthier people now ending up in intensive care are doing better overall, “even if they are critically ill,” Downar said.

Still, severe COVID can cause long-lasting damage to the lungs. People don’t have the same exercise capacity they had before. “They get short of breath doing activities that they wouldn’t have even thought twice about before,” Warshawsky said.

The daily wave of pregnant women coming into Ontario’s ICU’s is also alarming. Changes in a woman’s immune response during pregnancy can make her more susceptible to the virus, “or your immune response changes in a way that causes harm,” Downar said. “And of course we’re seeing lots of parents of younger kids getting sick.”

Children can spread the virus, but they aren’t the main drivers of SARS-CoV-2 transmission. “It’s workplace exposure that’s driving most of these infections, not children getting it at school and bringing it home to their parents.” And while there have been heart-wrenching deaths in young children — a 13-year-old Brampton girl, an infant and toddler in B.C., a 17-year-old Alberta teen — COVID-19 is still a mild illness in the vast majority of children. The zero-to-19 age group accounts for 1.6 per cent of all COVID reported deaths in Canada. 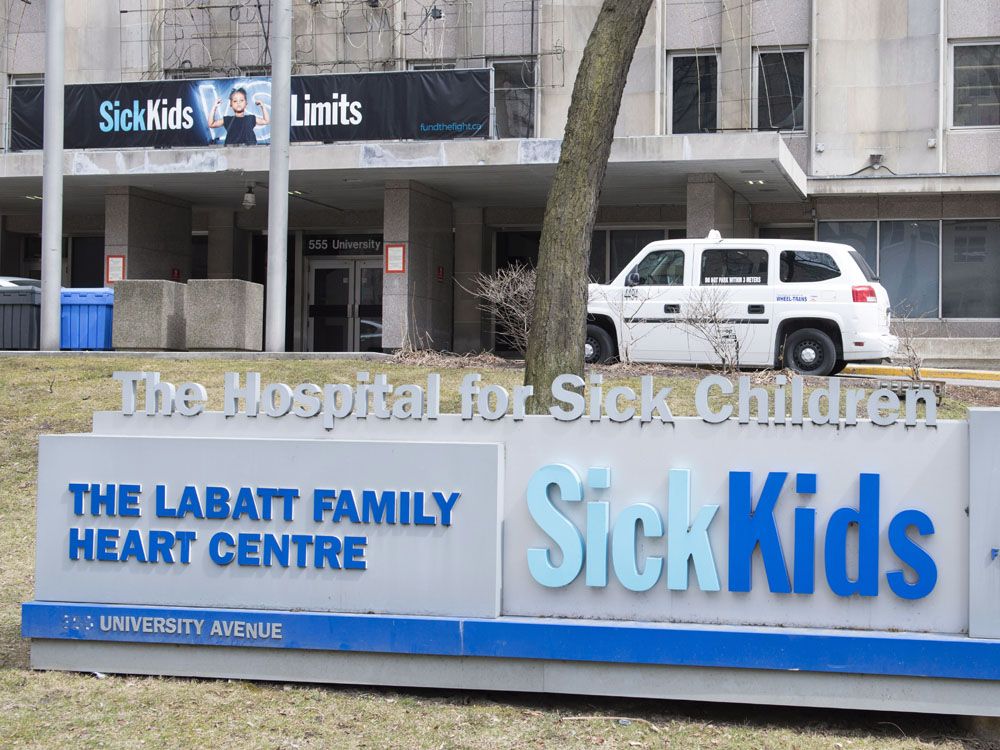 At Toronto’s SickKids hospital, about 170 children have been admitted with COVID since the start of the pandemic. While a few older teens have required ventilation, “all have been discharged in pretty good health. So kids have done well,” said Dr. Jeremy Friedman, associate paediatrician-in-chief at the Hospital for Sick Children. While the hospital has seen an uptick in admissions in the third wave, driven by high rates of infection in the community, “I don’t think we’ve seen more severe illness over the course of the year,” Friedman said. They also haven’t seen the dramatic sudden deterioration being seen in some adults.

In the end, there are sometimes no rational explanations for why some end up critically sick with COVID. “There are some people in whom it was 100 per cent predictable they were going to get bad disease because they have really bad co-morbidities,” Warshawsky said, meaning underlying health problems like cancer or conditions that impair the immune system.

“But then we have a lot of people who either have no co-morbidities or just the usual things that so many people in that age group have, and why did they end up in the ICU? They were really unlucky. They got a really bad disease or their body reacted to it badly. You give the same virus to 20 people, one of them ends up in ICU, five of them don’t have any symptoms, and they caught the same disease.”

Like the case of Olympian Kopacz, “it’s bad luck. And nobody likes that answer.”

The Jewish General Hospital has seen the most critically sick COVID patients in Montreal throughout the pandemic. “About a third of my ICU beds are taken up with COVID patients,” Warshawsky said. “We’re not seeing waves, we’re seeing non-stop COVID for over a year. But we’ve been very lucky; we’ve been able to handle it.” He’s watching what’s happening in Toronto, “and we’re terrified. Toronto has top-level hospitals with top level ICU’s and with a good number of ICU beds per capita, and they’re struggling.”

Alex Kopacz doesn’t understand the pandemic skepticism, the COVID deniers who have posted messages to him on social media. “There are moments where it makes me pause to think, how did you get so confident that this is a conspiracy? That 5G chips are being implanted (in COVID vaccines)? This has just gotten too out of control.”

COVID can cause abnormal blood clotting. “This leg clot, that’s one that’s been found. I don’t know if I have other small ones elsewhere,” said Kopacz, who spent four hours in hospital Thursday waiting for scans. “I’m still struggling with this disease, for who knows how many weeks,” he said. “I’m just so tired.”