With COVID-19 outbreaks confirmed at four Regina long-term care homes and suspected at three others as of Monday, concern is also growing among some anxious family members who again face visiting restrictions.

Included in those outbreaks is Extendicare Parkside, which was home to the province’s worst care home outbreak last year, resulting in 39 deaths.

This time, Pam Moore says staff seem to be doing everything they can to control the outbreak, thanks in part to the Saskatchewan Health Authority (SHA) staff already on site as part of its 30-day administrative takeover of the facility. They arrived Aug. 16.

“They’ve been updating us very regularly … about everything that’s going on,” said Moore, who’s mother is a resident in there and survived COVID-19 during the first outbreak.

“It seems like they have tried to act very quickly. As soon as they had their first positive case they started doing everything because of past experience.”

Moore said her mother tested positive for COVID-19 on Aug. 20, but negative on Aug. 23. She has no symptoms, but was in the wing where the first positive test was identified.

Initially, just that wing was put on lockdown, said Moore, but by Monday, family presence at all long-term care homes in the city were placed at a Level 3, which limits visitors to end-of-life care only. 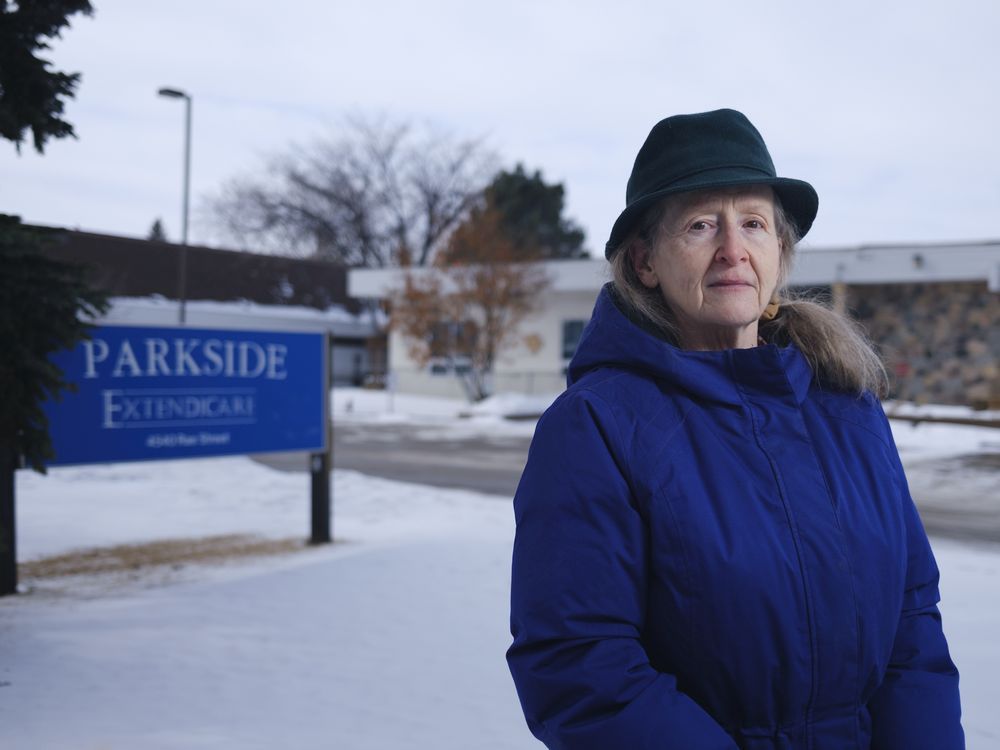 “We’re all completely upset that this is happening again,” said Lori Wiens, who’s mother is a resident in the Memory Care unit at Brightwater Capital Crossing in Regina.

There are no COVID-19 cases at Brightwater, said Wiens, but the city-wide visitor restrictions means her mother is cut off from her family yet again.

“It was really bad already, the amount she declined from the last time they were shut in until the end, until we could see her again,” she said. “We’re just really, really worried that another extended lockdown means she’s going to lose even that much more time with us.”

While the SHA encourages residents to use technology to connect with family, Wiens said her mom, who has dementia, can’t even answer her phone.

According to the SHA, most of those infected have not displayed symptoms or required hospitalization, but testing is ongoing as they try to determine drivers of the infections. The outbreak has impacted residents and staff, as well as vaccinated and non-vaccinated people.

The exact numbers of positive cases among the seven care homes were not provided, but will be released as they become available, said physician executive Dr. Rashaad Hansia during a news conference Monday.

The SHA has taken measures to try to control the outbreaks, including the introduction of HEPA fans to increase air circulation and mandatory N95 respirators at all times for all long-term care workers. If needed, some residents may be relocated, but as of Monday afternoon no residents had been moved.

“The decision to move to Level 3 visitor restrictions is not taken lightly and we absolutely understand that these events over the weekend may be distressing to many,” said Hansia. “Our intention is protect everybody from further harm.”

Hansia says all facilities are well-supplied with personal protective equipment, and vaccination rates for residents are more than 90 per cent in most cases. Testing for workers is not mandatory, but is available and strongly encouraged. 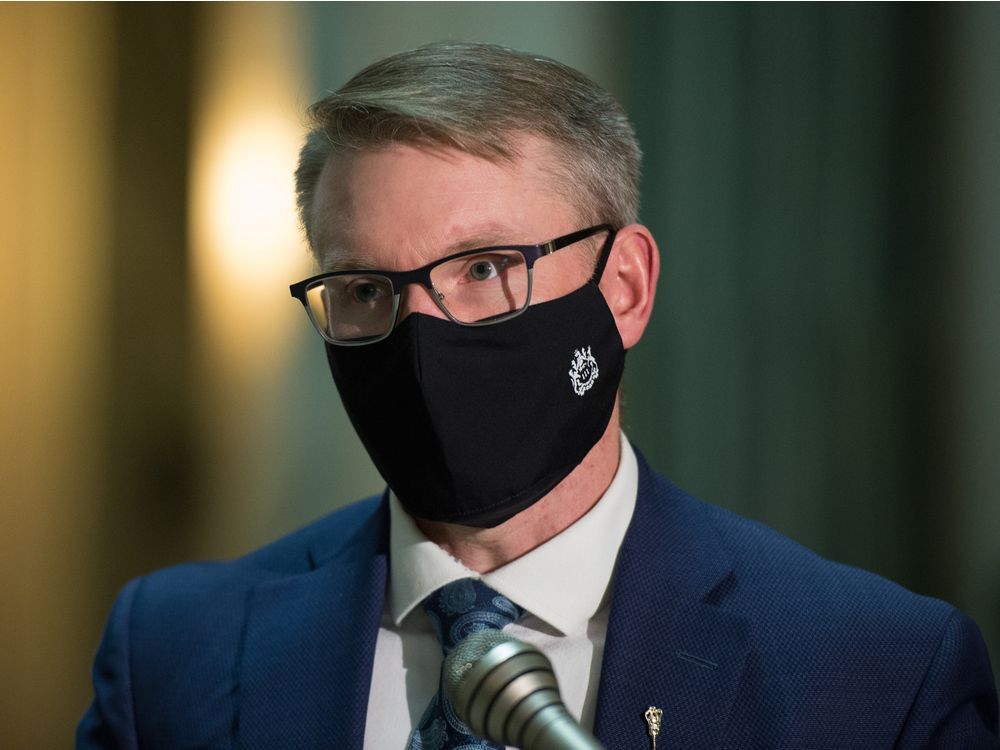 According to Everett Hindley, Saskatchewan’s minister of mental health and addictions, seniors and rural and remote health, the outbreaks have not changed the government’s position on mandatory vaccines, even for long-term care workers. It remains an avenue that is not being considered at this time.

“I just think that this is one of these things that probably would have been expected, that there’s bound to at some point be some infections,” he said during a phone interview Monday. “We’re doing everything we can to make sure that the risk is mitigated.”

Saskatchewan NDP leader Ryan Meili, is angry to see another outbreak at Parkside, where he says there are at least 20 positive cases so far. He blames inaction since an ombudsman report on the first outbreak was released earlier this month.

“Work needed to be done since that outbreak to keep people safe and it wasn’t. We have clear reports that the ventilation in that building is inadequate … and they didn’t fix anything. We still have people able to go visit in long-term care homes without being vaccinated,” said Meili during a news conference Monday.

“All I can conclude is that Scott Moe doesn’t give a damn.”

Hindley said he is unsure if ventilation improvements based on an ombudsman’s report released earlier this month had been made at Parkside prior to the addition of HEPA fans this past weekend. He said mandatory vaccines for visitors to long-term care homes is also not being considered.

Both Hindley and Hansia emphasized the need for anyone who is eligible to get vaccinated.

“It’s really, really frustrating to think that people out there are choosing not to get vaccinated and the effect that’s having on our parents who are cut off from their families again,” said Wiens. 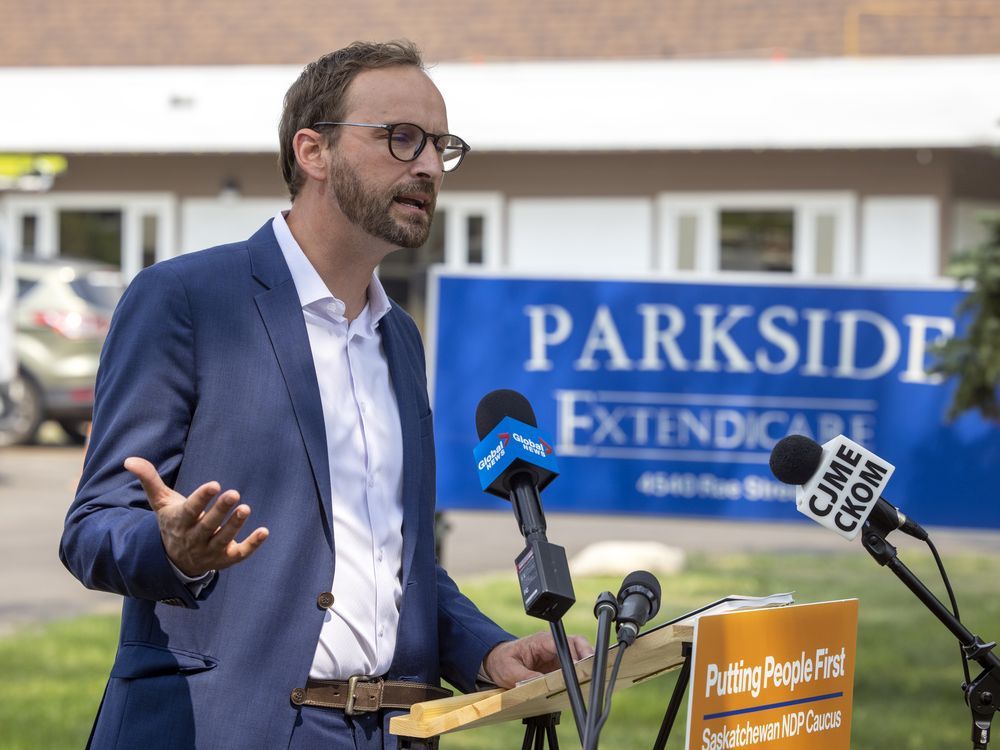 — with files from Alec Salloum

The news seems to be flying at us faster all the time. From COVID-19 updates to politics and crime and everything in between, it can be hard to keep up. With that in mind, the Regina Leader-Post has created an Afternoon Headlines newsletter that can be delivered daily to your inbox to help make sure you are up to date with the most vital news of the day. Click here to subscribe.