As Health Canada announced it had stepped up screening of air passengers recently in Brazil, where the fast-spreading and contagious P.1 COVID-19 variant originated, B.C.’s premier said the province could face travel restrictions.

As Canada, mostly B.C., faces a P.1 surge, Health Canada in a tweet on Tuesday said anyone who had been in Brazil in the two weeks before coming to Canada “will be subject to enhanced screening measures.”

Those passengers would include “increased scrutiny of quarantine plans and vigorous monitoring” to ensure they comply with the 14-day at-home quarantine after they re-enter or enter Canada.

There are no direct flights from South America to Vancouver. Canada Border Services Agency didn’t reply to a question on Tuesday about the number of Brazilian passengers arriving at YVR.

The P.1 is one of three “variants of concern” in B.C. because it may be able to re-infect people who have had COVID-19 and vaccines may not work on it, according to the B.C. Centre for Disease Control.

The variant is up to 2.5 times more transmissible than the original COVID-19 strain. B.C.’s provincial health officer two weeks ago closed the Whistler Blackcomb ski resort after a sudden P.1 spike among young people.

“We haven’t taken travel restrictions off the board,” he said. But they may be difficult to enforce, he said, citing the news that 106 arrivals at YVR over six weeks refused to comply with a three-day mandatory quarantine.

Horgan said he has discussed with Alberta Premier Jason Kenny essential and non-essential travel between the two provinces and “the consequences that’s having on case counts.”

“We have not taken anything off the table, but practicality is first and foremost,” he said. 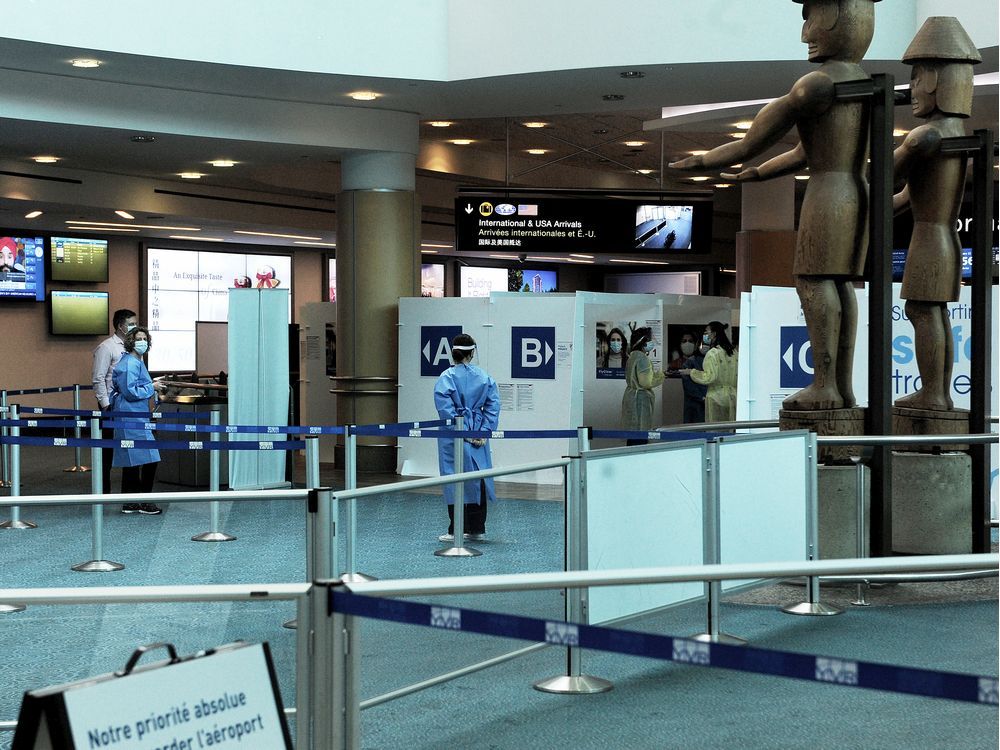 He said tickets with “significant” fines higher than the estimated $2,500 it costs to quarantine in a government-authorized hotel for three days is a good deterrent.

But, “If Dr. Henry believes that there’s an opportunity for us to use some form of border restrictions, then we’ll look at that,” he said.

Federal data showed 50 COVID-infected people a day have re-entered or entered Canada over the past six weeks and that two dozen recent mostly domestic flights at YVR carried COVID-infected passengers.

“The notion of having a curfew is something that’s not necessarily being particularly effective in combat,” added Horgan. “Some of the harsher restrictions in Ontario have not seen a decline in the case counts there.”