Seeing Neil Lukion run on a treadmill now, one would never know his fear of judgment for using an oxygen tank once kept him home.

Lukion, 62, was diagnosed with chronic obstructive pulmonary disease (COPD) in 2017, bringing his lung function to just over 50 per cent.

“I didn’t care whether tomorrow came,” said Lukion, who also suffered a heart attack just before his diagnosis.

But after enrolling in the Breathe Easy program at the G.F. MacDonald Centre for Lung Health in Edmonton, his lung function shot up to 89 points, where it has stayed in the two and a half years since he completed the program.

“I didn’t think I’d ever come back to the gym,” said Lukion, who now walks up to 23,000 steps per day and volunteers to shovel the walks at his apartment building in the winter.

Lukion is one of thousands of Albertans living with COPD and other lung conditions whose lives have been transformed by pulmonary rehabilitation through Breathe Easy.

Run by Covenant Health at the Edmonton General Continuing Care Centre, the supported exercise program has combined activity and community to improve health and combat isolation among lung patients since 1992. Patients in groups of around 15 take part in 16 sessions which focus on breathing techniques, guided exercise, and mental and emotional well-being over six to eight weeks.

“It’s really great to see the patients a week after the first class, and they’re moving differently, their whole demeanour has changed,” said Dr. Mike Stickland, director of the centre and a professor of medicine at the University of Alberta.

Emotional and mental well-being support is especially important, said Stickland and respiratory therapist Tina Jourdain, because the symptoms of COPD like shortness of breath and coughing — and using an oxygen tank — can make them reluctant to be social. 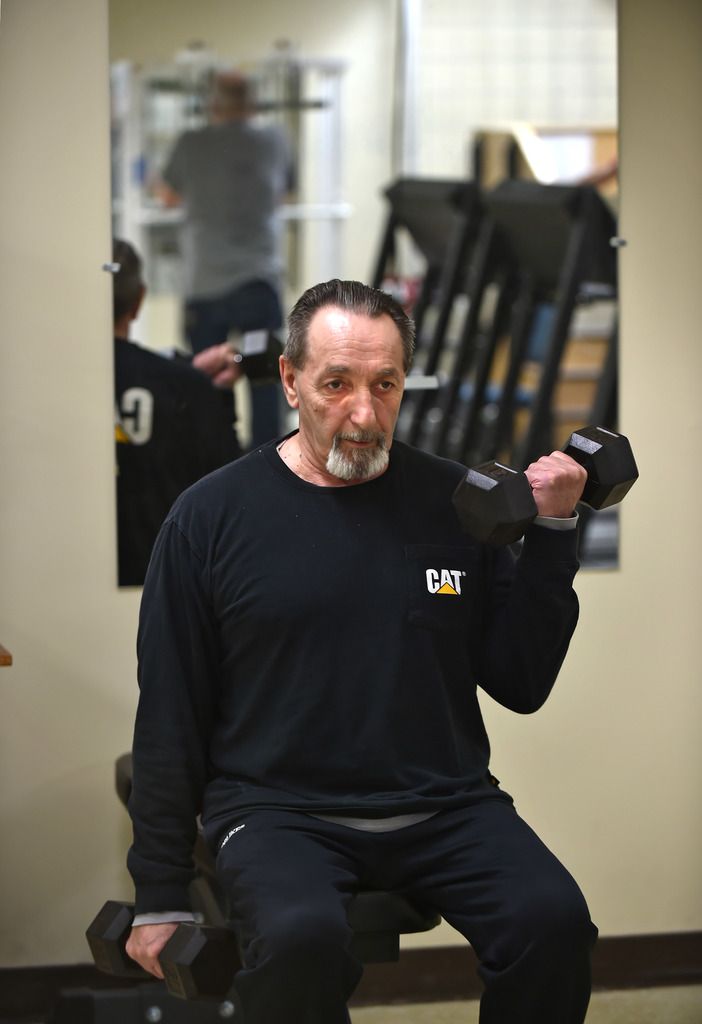 By having the gym outfitted with oxygen and adapted for the program’s participants, most of whom are over 60, Jourdain says it creates a welcoming atmosphere for participants to get comfortable being active.

“It really is a downward spiral of inactivity that creates that depression and anxiety, and if they don’t know anyone else who’s suffering similar issues, they do feel very alone,” said Jourdain, who helps lead the program. “But they don’t feel as alone coming to the program.”

“I think it’s a model of marrying the academic, the research and the clinical sides together,” said Stickland, noting the centre recently helped write a national pilot program for pulmonary rehabilitation.

And they’re constantly finding new ways to deliver Breathe Easy programming beyond city limits as the program could only accommodate around 500 of the more than 700 referrals it received in 2018. In recent years, telehealth technology has helped the program expand into nearly 25 other cities and towns across central and northern Alberta.

The program isn’t meant to end after 16 sessions, and many participants continue to use the gym space at the centre with friends and partners in order to keep up their health.

For Lukion, the program has made physical activity his lifeblood, especially as he now mentors newer participants.

“Your chance is yourself,” he said.

The development of effective COPD treatments has been hampered by a lack of understanding of the disease’s underlying mechanisms, say researchers.

The decrease is linked to the reduction in influenza and other seasonal viruses that can trigger chronic obstructive pulmonary disease.

Vaping may increase risk of respiratory disease by 40 per cent

We know that COVID-19 targets the lungs. It's never been more critical to keep them strong and resilient.