The Quebec government will contribute $15 million toward the new Giant Steps Autism Centre in Montreal, a move that confirms construction of the $51.4-million project can begin early next year.

The new centre will be built on a 66,500-square-foot site at the Technopôle Angus in the Rosemont—La Petite-Patrie borough and should be ready for occupation by September 2023. Education Minister Jean-François Roberge and Chantal Rouleau, the minister responsible for Montreal, announced the funding at a news conference in Montreal Tuesday morning.

The centre will house an expanded version of the Giant Steps School, currently located on Connaught Ave. in western N.D.G., an expanded adult education and employment centre, as well as a library and community centre. The new school will also be designed to operate as an autism research and innovation centre.

The school’s director general, Thomas Henderson, said he is “extremely pleased” by the funding announcement, adding the facility will be “much more than a school.”

“It will be a kind of hub for everything autism, across the lifespan,” he said.

Services for youth and adults with autism have traditionally been segregated, he said, a situation that often makes access to services difficult after students age out of high school.

The centre has partnered with the Montreal Neurological Institute and the Transforming Autism Care Consortium, a network of autism researchers across Quebec devoted to improving the lives of people with autism and their families. Research will be conducted at the centre, which will operate as a kind of living laboratory.

“This really will be a kind of a one-stop shop for autism,” Henderson said.

The school will accept 120 students at its new facility, up from the current 90, and its adult and employment education centre will help 150 adults with autism per year, up from 20. The centre will also offer training and education on autism to those who work with the public, such as police officers, firefighters and teachers. In all, the centre is expected to serve about 5,000 people each year.

Founded in 1980, Giant Steps School offers preschool, primary and secondary education in French and English to students with autism spectrum disorders aged four to 21. It is a private school subsidized by the Quebec government, with a foundation that raises money to cover programs, so students pay no tuition.

Henderson said the need for a bigger and better-adapted space was obvious six and a half years ago, when he took over as director general of the school. There was no gym, for example, and other spaces in the school were not adapted to the needs of many students.

They first considered renovating their current building, and then took a year or so to search for another building that could be retrofitted. But after consulting widely, the administration decided that what was needed was a purpose-built, state-of-the-art centre that could serve the needs of students, their families, researchers and the wider community.

“We started talking to people in the community about what the needs were, how if Giant Steps were to move into a new and different space, what would that look like. And that allowed us to start dreaming a bit bigger.”

Everything at the new centre has been designed with the needs of people with autism in mind, whether that means soft lighting, carefully chosen paint colours, curved corridors with no blind corners or quiet spaces for individual learning. 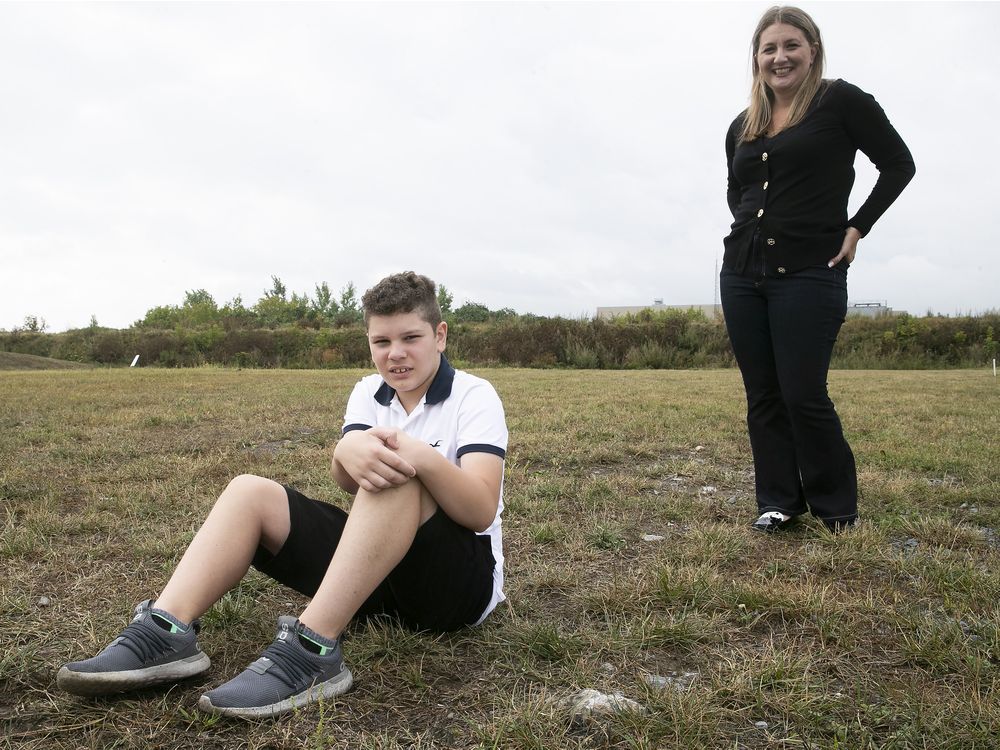 Tracy Pennimpede, director of the Giant Steps Foundation, said fundraising for the centre began in March 2020, just before the COVID-19 pandemic hit. She was amazed that despite the uncertain times, donors have chipped in about $27 million, including $1.3 million from parents and the school’s board of directors. The foundation is still hoping to raise about $10 million from the private sector and the federal government.

Pennimpede, whose 13-year-old son is on the autism spectrum, said the school’s innovative approach has served as a model for the development of similar schools around the world.

Her son attended Giant Steps for six years and benefited from the school’s inclusion program, she said, which helps kids with autism gradually transfer into regular schools, where there is less individual support.

“Two years ago, he graduated out of Giant Steps and he’s in another school with less support and he’s doing great. I don’t know where he would be right now without Giant Steps, and that’s why I’m so passionate about (fundraising for the new centre). I know what a difference it can make on a daily basis.”

Henderson, for his part, said Tuesday’s announcement is the good news he and many in Montreal’s autism community have been waiting for.

“It’s amazing how emotional it is. We have been dreaming this baby for quite a few years, and this was the one big piece that we were waiting for to know that it was going to become a reality. It’s encouraging, touching and, yeah, we’re thrilled, because it’s real now.”

How can fruit flies help us to understand autism better?

Using more than 300 types of flies, scientists were able to identify 30 gene variants of ASD.

Ottawa kids with autism, allergies, other special needs can pre-register now for their COVID-19 shots

Kids Come First, a partnership between CHEO and other health agencies, is pre-registering children for its vaccine clinics.

Ottawa man has been hospitalized, restrained more than 19 months

He has been in a secure acute psychiatric ward at The Ottawa Hospital since February 2020, when his parents called 911 after a violent outburst.

'These high-risk populations should be recognized by clinicians and these groups should be prioritized for vaccine outreach and education.'

Que. girl with autism has waited 6 years for help in English