Jennifer McNamara says she has been waiting six years for an English-language educator to help her daughter Olivia, who is on the autism spectrum.

McNamara, who lives in Ste-Marthe-sur-Le-Lac, just northwest of Montreal in the Laurentians, initially put her daughter on a waiting list at CLSC Thérèse-de-Blainville. When the family moved three and-a-half years ago, she began dealing with CLSC Jean-Olivier-Chénier, in St-Eustache. She was told the CLSCs were connected and her priority on the list would remain the same.

“The social worker keeps changing,” McNamara said. “Every time, they come to the house, interview you to see what your needs are. Her needs never changed. And they say, ‘We’ll contact you when we have services.’ ”

Olivia attends a regular school, and manages well with the help of an attendant, who is with her during the day.

Olivia was non-verbal for a long time.

“She doesn’t assimilate language in a regular way,” her mother said. “Her speaking is all pre-programmed. She learns specific sentences. That’s how she builds speech. So it kind of has to be in English.” 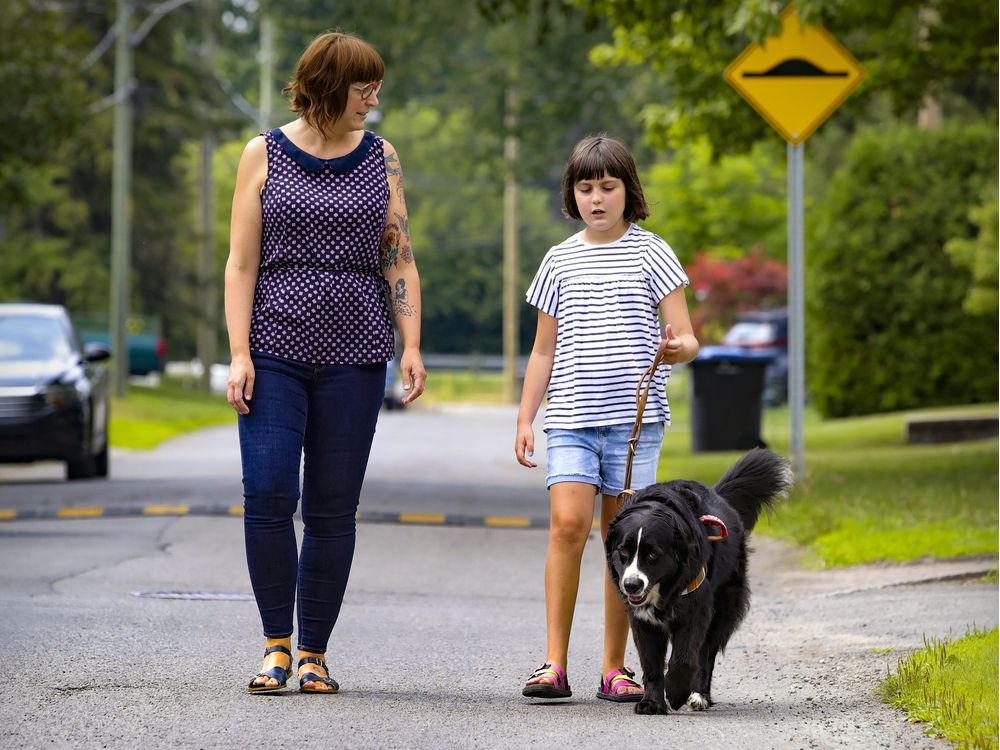 Finally this year, McNamara was told by CLSC Jean-Olivier-Chénier that a new educator was coming on board in the summer, who could be paired with Olivia.

Last week, the educator came to visit, and spoke with McNamara for two hours. Together, they came up with a six-month plan to help Olivia. They discussed McNamara’s goals for her daughter, which are “for Olivia to be able to stay home alone sometimes, to be more independent,” and “that Olivia be able to speak to other people about her autism.”

Tuesday morning, the educator came to the house, as scheduled, for the first session with Olivia. But upon arrival, the educator said she would not be able to help Olivia.

“She said, ‘I’ve been thinking about it, and I don’t think my English is good enough to give you what you deserve.’ ”

McNamara says the educator offered to work with her in French, so she could then teach Olivia in English, but she declined. Which puts her back on the waiting list.

She is frustrated at being given the run-around, and scared for her daughter’s future.

“When she has to get services by herself, and I’m not with her, is she going to be able to explain herself and get the things she needs?” McNamara said. “For her, it’s not a question of language preference. For her, (English words) are the only words she knows how to say.”

McNamara has filed a complaint with a commissioner at the CLSC, but was told it would be 45 days before she hears back.

“It’s ridiculous that this has been going on for so many years,” she said. “It’s not normal.”

Julie Lemieux-Côté, a spokesperson for the CISSS des Laurentides, said the agency’s file with the family dates back to 2017; but since Olivia was receiving private psycho-education at the time, and no other needs were noted, the file was closed.

Lemieux-Côté said the family opened a new request for education services, and was put on a waiting list at CLSC Thérèse-de-Blainville, before moving to Ste-Marthe-sur-Le-Lac.

Regarding the educator’s recent visit, Lemieux-Côté noted the family had declined the educator’s offer to work with Olivia in English with McNamara present, and had requested an anglophone educator.

“Olivia’s file will be assigned to an anglophone educator soon,” Lemieux-Côté said, “and a followup will be done with the family in a few days.”

How can fruit flies help us to understand autism better?

Using more than 300 types of flies, scientists were able to identify 30 gene variants of ASD.

Ottawa kids with autism, allergies, other special needs can pre-register now for their COVID-19 shots

Kids Come First, a partnership between CHEO and other health agencies, is pre-registering children for its vaccine clinics.

Ottawa man has been hospitalized, restrained more than 19 months

He has been in a secure acute psychiatric ward at The Ottawa Hospital since February 2020, when his parents called 911 after a violent outburst.

The new Giant Steps facility is expected to be much more than a school: "It will be a kind of hub for everything autism, across the lifespan."

'These high-risk populations should be recognized by clinicians and these groups should be prioritized for vaccine outreach and education.'